There is nothing sweet about diabetes; in fact, some refer to it as a “silent killer”. Not only can this pandemic make a patient suffer and deteriorate slowly, it can also drain the whole family of financial resources due to health care costs that may have to be borne for a long period of time. Diabetes also has a long list of related disorders and complications, so once you have it, you can never be too complacent that everything is under control. For example, diabetes is the leading cause of blindness and amputation in the United States. The risk of developing cardiovascular diseases is much higher for diabetics. It also impacts numerous bodily systems –nervous, digestive, urinary, and the biliary system which includes the gallbladder. According to 2015 statistics, there are about 30.3 million Americans suffering from the disease. This makes diabetes the 7th leading cause of death in the country. 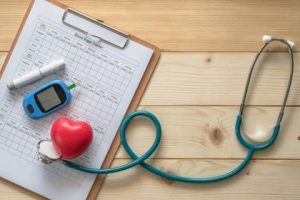 Diabetes, commonly referred to as diabetes mellitus, is a metabolism disorder which affects the way our body maintains and manages glucose or sugar. This compound serves as our principal source of “fuel”. A hormone called insulin is crucial for the conversion of glucose into energy. Sadly in diabetics, insulin production is either absent or inadequate. It is also possible that the body’s cells are no longer responding properly to the hormone. Therefore, glucose remains in the blood instead of being used up as energy, thus the high blood sugar levels.

There are three major types of diabetes – type 1, type 2 and gestational diabetes. The first type is also called insulin-dependent diabetes because people with type 1 do not have the ability to produce insulin at all. Type 1 patients usually develop the condition before their 40 th year, thus the term juvenile diabetes.

Type 2 patients, on the other hand, do not have sufficient insulin for proper function. Although proper diet, exercise, and losing weight can help control diabetes symptoms, type 2 diabetes is still a progressive disease, but only because compliance is not good – i.e. people want to eat what they like. And apart from that, sugar cravings rise when the glucose you do have can’t get into the cells.

As for gestational diabetes, this develops in some women during pregnancy. Depending on the measures taken to control diabetes, blood glucose levels can either go back to normal after giving birth or it may progress to type 2 diabetes.

A non-official type of diabetes that’s getting a lot more attention in the recent years is called Type 1.5 diabetes or also known as Latent Autoimmune Diabetes in Adults (LADA). Technically, it is a form of Type 1 diabetes but with some features commonly associated with Type 2 (e.g., slow onset). A patient with this condition also doesn’t fit the usual profile of Type 2 diabetics. It is possible for a person with normal weight and without any metabolic syndrome indicators to suffer LADA. 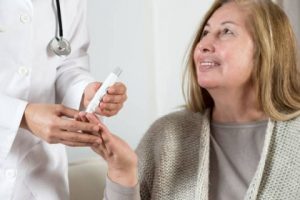 Diabetics are in a constant insulin struggle also known as insulin resistance. This is a condition wherein a person fails to respond properly to insulin. Although it is a hallmark of patients with diabetes and prediabetes, these three terms are not synonymous.

People with insulin resistance have impaired insulin sensitivity, making the hormone less effective in doing its job. To cope up, the pancreas deploys greater amounts of insulin to control blood sugar levels and keep cells energized. However, the cells which make the hormone wear out overtime. This results in high blood glucose levels (as well as high HbA1C) – also called prediabetes and possibly, type 2 diabetes.

The Gallbladder and Diabetes Connection

1.The Role of Inflammation

Inflammation is one of the causes of insulin resistance that may lead to type 2 diabetes. And although inflammation is the body’s normal response to ward off foreign entities and diseases, type 1 diabetes is clearly classified as an autoimmune disease. This means that the immune system of type 1 diabetics is fighting against its own body, attacking the insulin-producing beta cells in the pancreas. The classification of type 2 diabetes as an autoimmune disorder is not yet determined.

Inflammation is also one of the main causes of diabetic complications. Diabetes may cause pancreatitis, an inflammation of the pancreas. It can also lead to numerous gastrointestinal conditions and liver complications. Since the GI system, pancreas, and the liver are closely related to the gallbladder, impairment of any of the organs’ functions will definitely impact gallbladder health. Some of the gallbladder diseases that may be developed include gallstones, cholecystitis, and gallbladder polyps.

2. Obesity or Cholesterol and Triglycerides 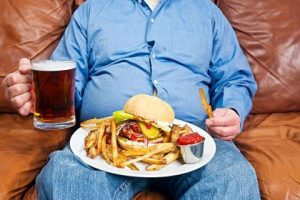 Actually, age doesn’t have any direct relationship with either gallbladder diseases or diabetes. Rather, it is the obesity or abnormal cholesterol levels and the likelihood of older adults to develop related conditions which can increase the probability of diabetes or gallbladder diseases. People aged 40 and beyond are more likely to develop gallstones, while almost 30% of diagnosed diabetics are aged 65 and beyond. Similarly, people with diabetes generally have higher levels of triglycerides that encourage gallstone formation. Obesity is related with increased cholesterol secretion into the bile. Having said this, it is still important to note that a person may appear thin or lean and still have cholesterol soaring through the roof. Excess cholesterol can accumulate in the gallbladder leading to gallstones. In fact, a few studies have reported a two- to threefold increased incidence of gallstone formation in diabetic patients.

Patients with diabetes may sometimes suffer from autonomic neuropathy, a condition wherein nerve endings get damaged and certain muscles become unresponsive to stimulus. When this happens, neurologic control of gallbladder contraction and relaxation is greatly affected. A comparative study between healthy subjects and insulin-dependent diabetes patients showed that diabetics have significantly larger fasting gallbladder volumes and these values were highly significant among patients with autonomic neuropathy. Subjects who had diabetes and AN also had larger post fatty meal gallbladder volume, meaning that the gallbladder is not emptying well. The reduced motility of the gallbladder is further aggravated by the body’s abnormal response to gastrointestinal hormones such as cholecystokinin (CCK), motilin, and secretin. Aside from stone formation, stasis caused by AN may lead to gallbladder inflammation.

FOXO (Forkhead box O) transcription proteins are important determinants in aging and longevity. It is also considered key regulators of insulin and insulin-like growth factor signalling. FOXO1, in particular, is regulated by insulin. Therefore, when there is not enough of that hormone in the body, FOXO1 is activated. This prompts increased cholesterol in the bile, leading to gallstone formation.

What Can Diabetics Eat? Top 5 Vegetables for Diabetes 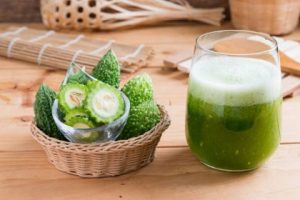 A healthy meal plan for people with diabetes is very similar to a gallbladder diet and a good guideline to anyone who wants to eat healthy – avoiding processed foods, going after healthy fats, moderating salt, cutting out sugar, etc. Nevertheless, it is worth highlighting the following items known to some as diabetic superfoods.

Jerusalem artichoke is a vegetable that is an important part of a diabetic diet. It is reported to decrease or eliminate the need for medicinal insulin. Eat one every other day, most often cooked and occasionally raw. Do this for 6 weeks and then take a 2 or 3 week break and start again.

This vegetable has long been used as herbal remedy for diabetes because of three active substances that help control diabetes – charantin (to lower blood sugar levels), vicine, and polypeptide-p (an insulin-like compound). It also contains certain proteins that reduces blood glucose concentrations and suppresses appetite.

There is a long list of reasons why turmeric is good for the gallbladder. It also benefits diabetics in three ways. Firstly, curcumin in turmeric reduces glucose production in the liver and stimulates insulin secretion while improving pancreatic cell functions. Secondly, turmeric fights inflammation. Lastly, it helps arrest the progression of prediabetes to type 2 diabetes.

They say an apple a day keeps the doctor away. It is more than just an adage. In fact, the Harvard School of Public Health concluded in their analysis of over 200,000 subjects that those who ate five or more apples a week had 23 percent lower risk of developing type 2 diabetes. But remember, this is the whole apple with the fiber, not apple juice.

A number of compounds (allicin, allyl propyl disulfide and S-allyl cysteine sulfoxide) found in garlic can help raise insulin levels in the blood through the prevention of the liver’s inactivation of insulin. Aside from that, it can potentially stop or control some complications of diabetes as well as help in the reduction of blood cholesterol and improve blood flow. This makes it a great food for gallbladder patients as well. NOTE: Some people with gallbladder problems cannot take garlic. Start slowly and watch for your own reactions.

Just as with any medical condition, our bodies can use some help by boosting nutritional support. Natural diabetes supplements such as enumerated below can help control blood glucose levels and contribute in the prevention of diabetes-related complications.

It has been suggested that berberine found in Glycosolve works on balancing blood sugar levels in three ways: 1) by inhibiting the absorption of sugar from the intestinal tract, 2) by enhancing the production of insulin, and 3) by reducing glucose production in the liver.

Glycosolve with pure berberine HCl was developed as a natural option for blood sugar and cholesteol control. It also contains banaba leaf extract, making it ideal for diabetics and gallbladder patients alike.

Diabetes may be a lifelong condition, and there’s no easy way around it. However, a life with diabetes can still be full and pleasant. Just make sure you maintain a healthy lifestyle, stick with the right foods, and consistently help your body with natural diabetes supplements. You can avoid complications and enjoy a good life ahead.

I wish that I found your site five years ago! Before I had a gallbladder attack and had it removed. Your site is very informative. My doctors never told me anything after the operation as to diet or supplementing with … END_OF_DOCUMENT_TOKEN_TO_BE_REPLACED

I just wanted to let you know that yours is one of the few emails I get that I read immediately and always know that I will benefit from what you have written! I cannot tell you how grateful I am … END_OF_DOCUMENT_TOKEN_TO_BE_REPLACED

I just wanted to thank you. I was two days away from having my gallbladder removed, but I read your site, postponed the surgery, and switched to a 100% natural diet. Within three weeks I was symptom-free and have been … END_OF_DOCUMENT_TOKEN_TO_BE_REPLACED