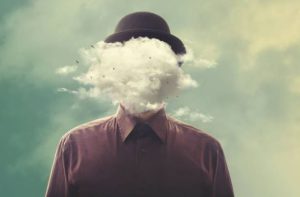 If you find yourself more forgetful, unable to concentrate, or lacking mental clarity, you may be suffering from brain fog. This condition is called such because it literally is like a cloud that may shroud over your judgment, cognition, and comprehension. Clinically speaking, this condition is vague and subjective since it is very hard to diagnose and qualify. It is therefore hard to get statistics on the prevalence of this condition. Despite the lack of exact figures, we all probably have experienced this or know someone suffering from these symptoms at one time or another. For some, it is an intermittent and minor symptom. For others, it’s long-term and debilitating!

It is caused by a number of things:

And this lengthy list is not even exhaustive! Brain fog is such a huge constellation of symptoms associated with numerous diseases. This includes diabetes, migraine, autoimmune diseases, and neurological disorders among others. But did you know that gallbladder, liver, and gastrointestinal diseases can also cause brain fog?

The Mind and Gut Connection 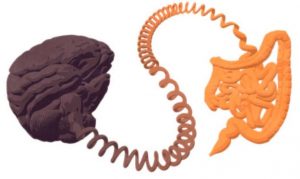 In some previous post, we have discussed the connection between the gut and cognitive health. Since the gastrointestinal tract is the seat of digestion and nutrient absorption, studies have shown that the gut can affect the brain significantly. This is why poor diet, food allergies, and vitamin deficiencies are known to be some of the causes of brain fog. Leaky gut may also be at fault for the seepage of toxins and pathogens into the system, causing inflammation and a number of disorders, like gallbladder and liver disease, with brain fog as a symptom. This leakage may also lead to the over-permeability of the brain’s protective membrane, causing brain aging and nerve damage.

Aside from the nutritional significance of the gut, the vagus nerve branching out from the brain stem to the lowest viscera of the abdomen is also known to affect brain performance. (Click here to read more about the vagus nerve and gallbladder connection) There is also the gut-brain axis (GBA), a connection between the emotional and cognitive parts of the brain with intestinal function. These mind and gut linkages are supported by numerous studies and have been proven to affect brain performance significantly. In fact, the origin of some psychiatric woes, neurodegenerative diseases, and autism can be linked to poor gut health. This means that brain degeneration and brain fog can happen not just to older adults but for children as well.

An Unhealthy Liver and Gallbladder Can Hurt the Brain

There are numerous functions that both the liver and gallbladder completes but among all of them, the most relevant to brain fog are the organs’ role in detoxification and energy production. It is the liver’s responsibility to get rid of toxins in the body. But if it is not in a good shape or if there are just too much toxins (from chemicals, metals, or pharmaceutical products) for the body to handle, the bile can become toxic.

What is Toxic Bile?

In one of our newsletters, we have discussed the problem of toxic bile. And if you are concerned with your gallbladder and liver as much as you are worried about brain fog, it is important to understand this phenomenon. All gallbladder problems and all bile issues have a toxic component. Gallstones form from what is called lithocholic (stone forming) acid which is a toxic bile salt. But before it gets that far, the imbalance in the bile acids has already been underway. People who have undergone gallbladder surgery are in much trouble because the imbalance only gets worse with more toxic bile causing all sorts of problems both upstream and down.

Toxic bile can cause various gallbladder diseases, GDER or gastro-(stomach) duodenal-(small intestine)-esophageal reflux, GERD, pancreatitis, and brain fog among others.

How else can the biliary system cause brain fog?

Another prime responsibility of the liver is its role in carbohydrate metabolism. Although the gallbladder by itself does not produce energy, it definitely has a significant participation in the process of breaking down food through its concentration, regulation, and secretion of the bile. A combination of toxins within the body system plus lowered energy levels are a sure recipe for disaster. This is why patients with non-alcoholic fatty liver, gallstones, diabetes, and other related diseases often experience symptoms including brain fog.

So What Can We Do About It?

Brain fog is not something that you can just turn off with a switch. Maybe it took decades of wrong choices for it to develop. So to reverse it, serious dietary, nutritional, and lifestyle changes should be made.

If you’re suffering from brain fog, this will be very challenging but extremely necessary. You need to put in extra effort in strengthening your brain by learning new things, getting better at what you already know, and push yourself a little further mentally.

All work and no play makes Jack a dull boy, so they say. So as much as it is important to exercise your brain, take a breather too. Stress and fatigue are much more dangerous than you may know. Get enough sleep, travel, enjoy music, switch off your smartphone (limit your screen time).

They say, garbage in, garbage out. And this applies not just with what we read, or watch, or listen to, but also with what we literally feed our brains with. As we know by now, it is important to avoid allergens  to reduce and get rid of inflammation. For optimum brain health, a balanced diet with all the brain nutrients you need should be followed. The Gallbladder Diet is a good place to start if you are not sure what you can or cannot eat.

There are also a number of supplements that you can take to help prevent or manage brain fog.

Brain fog may be a mild symptom or a major cause of worry. No matter how severe it may be, know that it’s a suffering you can avoid. It may take a while before you see changes after you have taken the above mentioned steps. It may also be possible that an underlying health condition needs to be addressed first before the foggy brain goes away. Nevertheless, it is better to take baby steps to achieve a better cognitive state than to do nothing at all. If you need more help or if you’ve got stories about how these tips have helped you, please get in touch. I’d love to hear from you!

Cutler, N. (2012) The Connection Between Brain Fog and Liver Health.

You requested that I check in after being on the 30-Day Gallbladder Solution for approximately two weeks. I am happy to say that I have not experienced another attack since being on the diet and taking the supplements. You suggested that I … END_OF_DOCUMENT_TOKEN_TO_BE_REPLACED

I wish that I found your site five years ago! Before I had a gallbladder attack and had it removed. Your site is very informative. My doctors never told me anything after the operation as to diet or supplementing with … END_OF_DOCUMENT_TOKEN_TO_BE_REPLACED

When I was waiting for my gallbladder operation as I had a severe infection and a gallstone/sludge – my lifesaver was your site and your gallbladder diet! Thanks for that! I made it to my operation without one flare-up in … END_OF_DOCUMENT_TOKEN_TO_BE_REPLACED

I’m so glad I found your website! I’ve been taking the 3 combination pills for sluggish gallbladder and my pain has all but ended. I’ve convinced my Dr. that I’m certain through diet and these pills I can forget about having my … END_OF_DOCUMENT_TOKEN_TO_BE_REPLACED

Thank you so much! You have helped me more than I can express. I would have been lost without your kindly shared knowledge. My experience of extreme gallbladder attacks literally knocked me down. I could only lay on my back completely still … END_OF_DOCUMENT_TOKEN_TO_BE_REPLACED

Dear Heidi, Sharmila, and Deborah,  I cannot thank you enough. The food is wonderful, even the first week. The free recipes (especially for weeks 5-8) are amazing and absolutely gorgeous! My stomach is shrinking, and I can’t believe the small portions that satisfy me. I believe I can … END_OF_DOCUMENT_TOKEN_TO_BE_REPLACED

I am doing quite well! The gas pain is almost nonexistent, my bladder has returned to its normal position and the sharp pain from the gallbladder is not as frequent or as sharp. And, the nagging dull pain to the … END_OF_DOCUMENT_TOKEN_TO_BE_REPLACED

I sincerely thank you for having all this information up and available. The menu plan has provided me with a starting point for eating again and learning how to control the pain through diet. The site is a wealth of revelations and … END_OF_DOCUMENT_TOKEN_TO_BE_REPLACED

I just wanted to thank you. I was two days away from having my gallbladder removed, but I read your site, postponed the surgery, and switched to a 100% natural diet. Within three weeks I was symptom-free and have been … END_OF_DOCUMENT_TOKEN_TO_BE_REPLACED

I received the Gall Bladder Attack Kit over a week ago and started taking the products that night. It is definitely working; I have not had a single attack since! (I was experiencing pain almost daily before, often escalating to a 12 … END_OF_DOCUMENT_TOKEN_TO_BE_REPLACED

After my recent ordeal at the hospital when I thought the pain might be my gallbladder again, the doctor said after all the tests that I have the cleanest gallbladder in Lake County. I told him about working with your program and … END_OF_DOCUMENT_TOKEN_TO_BE_REPLACED

Day ten on the gall bladder 30 day kit and the pain is gone. Following the diet regime and taking the supplements and the improvement is amazing. I appreciate all the advice on you website and in the emails and am changing … END_OF_DOCUMENT_TOKEN_TO_BE_REPLACED

I just wanted to let you know that yours is one of the few emails I get that I read immediately and always know that I will benefit from what you have written! I cannot tell you how grateful I am … END_OF_DOCUMENT_TOKEN_TO_BE_REPLACED

Your Bile Salts tabs work wonders. I had my gallbladder removed in 2008 and have tried many things to relieve myself if bloating with nearly everything I ate… Nearly every brand of enzymes, some with extra fat digesting help, even … END_OF_DOCUMENT_TOKEN_TO_BE_REPLACED

So glad I found this website! I was having so many digestive issues, after a year of searching and trying, I was finally diagnosed with food allergies and leaky gut. I didn’t know where to turn. A friend recommended gallbladderattack.com … END_OF_DOCUMENT_TOKEN_TO_BE_REPLACED

I have just finished the 30 Day Menu Plan and I am out of pain for the first time in years. I am really looking forward to starting the 2nd phase 30 Day Plan and see where that takes me! … END_OF_DOCUMENT_TOKEN_TO_BE_REPLACED