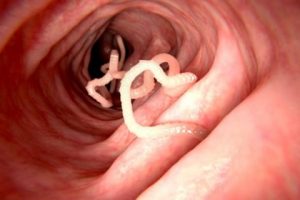 They say, “The best gifts come in small packages” but I’m afraid you can’t say the same for the tiny and microscopic intestinal and biliary parasites that may be living inside you. Just the thought of having the wriggling, feeding, slimy creatures in your body may be enough to make your hair stand on end. It’s bad enough that its mere mention gives us the skeevies but the creatures themselves do so much more harm than that. These organisms live on or in a host (can be animals or humans) and get food by hijacking their host, robbing it of nutrients and leaving behind toxic waste.

Parasitic infections used to be confined to tropical and underdeveloped countries. However, because of the ease of travel and migration, developed countries are no longer excluded. Some of the most popular culprits are roundworms (affecting 25% of the world population), hookworms, flatworms, tapeworms, and pin worms among others. These parasites may populate in various body organs, endangering the different body systems. Since parasites are often acquired by ingesting contaminated food and water, the gastrointestinal system, the hepatic system and biliary system are the most common proliferation sites. There has been much written on intestinal parasites, but much less on the biliary organs (the liver, gallbladder and bile ducts) which will be the focus of this article.

What are the parasites that affect the biliary system?

There are more than 100 types of parasites that can reside in human hosts. Among these, only two types called nematodes and trematodes can directly affect the gallbladder as well as the liver and the gastrointestinal tract at the same time. Clonorchis sinensis, Opisthorchis viverrini, Opisthorchis felineus , Fasciola hepatica and Fasciola gigantica (C. sinensis, O. viverrini, O. felineus , F. hepatica and F. gigantica) are leaf-like, flat flukes that like to inhabit the bile ducts and the gallbladder. The human ascarides, Ascaris lumbricoides, actually dwells in the intestines but can also migrate into the gallbladder through the bile ducts and cause bile duct obstruction.

What are the symptoms of a parasitic infection in the gallbladder? 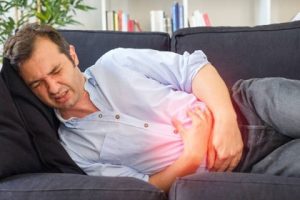 Although the prevalence of parasitic infections in humans is very high, many cases are left undiagnosed and untreated. It is possible that the presence of liver flukes, sheep liver flukes and ascaris may not be bothersome at all. Although these parasites are silently and consistently feeding on bile and blood, there is a huge probability that it would not trigger any symptoms. In fact, they can live for as long as 50 years inside the human body and remain asymptomatic.

For the unfortunate population who experiences the negative effects of theses flukes and roundworms, the symptoms exhibited may be very vague and general. Common manifestations such as fever, diarrhea, bloating, loss of appetite, vomiting and listlessness can be interpreted as a plethora of diseases. In fact, most of these may be familiar to gallbladder patients as some of them are common to both chronic gallbladder symptoms as well as an acute gallbladder attack.

Other symptoms specific to these flukes and ascaris affecting the GI tract, liver and gallbladder are abdominal discomfort, dyspepsia, bile stasis (reduced flow of bile from the liver to other parts of the body), reduced movement of the intestines, obstruction of the bile ducts, inflammation of the organs involved and bacterial infections. Those suffering from Ascariasis lumbricoides may have an enlarged liver and gallbladder. This causes tenderness or sharp pain of the right upper quadrant of the body.

What are the complications of having a biliary parasite?

Although the liver fluke, sheep liver fluke and ascaris trigger very similar symptoms at the acute phase, complications vary when they reach the chronic phase. Severe infestations may cause the following: 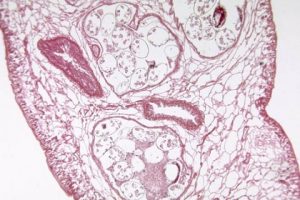 How can parasites be diagnosed?

Many years ago, the presence of parasites were usually just tested via stool exam. Thanks to modern medicine, there are now many ways that Clonorchiasis, Fascioliasis and Ascariasis can be diagnosed.

What is the treatment for flukes, tapeworms and other biliary parasites?

Note that both medications and herbal formulas can be hard on the body and it is normal to feel tired and flu-like symptoms from the die off of the organisms. Plan a parasite detox when you have time to rest.

Principles – start slowly and work up to full dose. Back down as needed.

How can these parasites be avoided?

a. Wash your hands with soap and water several times a day.

b. Proper cooking and food handling – Most flukes, roundworms and other parasites affecting the intestines, liver and gallbladder come from contaminated food. It is therefore important that you observe proper food handling and cook your meats and vegetables sufficiently to kill off any parasites that may be in them.

c. Change dietary habits. If you must eat out, avoid rare meats and raw food as much as possible. If you can’t, try to find reputable places known for proper food handling and its quality sanitation.

d. Make sure you have clean water. Water filters are very important. Be wary of the manner of your water storage as well. If possible, bring your own water wherever you go. If you need to drink water from elsewhere, make sure that you only take purified water from sealed containers.

After my recent ordeal at the hospital when I thought the pain might be my gallbladder again, the doctor said after all the tests that I have the cleanest gallbladder in Lake County. I told him about working with your program and … END_OF_DOCUMENT_TOKEN_TO_BE_REPLACED

I had a gallbladder removal surgery in Spring 2017, and during the surgery, the doctor made a major surgical error that left me with chronic pain and problems. For many months, I was unable to eat solid food, I could … END_OF_DOCUMENT_TOKEN_TO_BE_REPLACED

I just wanted to thank you. I was two days away from having my gallbladder removed, but I read your site, postponed the surgery, and switched to a 100% natural diet. Within three weeks I was symptom-free and have been … END_OF_DOCUMENT_TOKEN_TO_BE_REPLACED