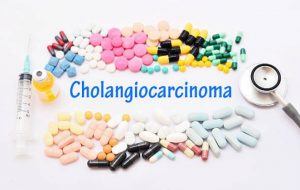 If you were to find out that more than 35 million people infected with liver fluke, wouldn’t you be worried that you’re one of them? What makes it even scarier is that these parasites can live inside our bodies for as long as 20 to 30 years before manifesting through various symptoms. Even if you are one of the lucky ones whose infection is asymptomatic, isn’t it unsettling to know that there are wrigglers living inside you that may cause you pain and sickness any minute? At times, liver flukes can even cause terminal disease  at its late stages. That is what happened to some US Vietnam war veterans who have been diagnosed with liver flukes and are now suffering from cholangiocarcinoma or bile duct cancer.

In the past few months, the terms liver fluke and bile duct cancer have been buzz words following a study by the US Department of Veterans Affairs (VA). In the blood testing conducted by the agency, it was found out that more than 20% of the veterans tested are positive for antibodies against liver flukes. This type of liver fluke epidemic, however, is quite common in Asian countries. In 2001, for example, a 9.4% prevalence was reported in Thailand. This meant that over 6 million people were infected at that time.

In the case of the US veterans though, what makes it alarming is that about 700 Vietnam veterans have been reported to suffer from bile duct cancer in the past 15 years. This type of cancer is supposedly rare in developed and western countries, with only 7 casualties for every 1 million people. In the US alone, as many as 8,000 people are diagnosed with bile duct cancer yearly. Among the diagnosed cases, a few are said to be caused by liver flukes.

What are liver flukes? 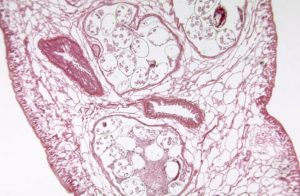 Liver flukes are flat, leaf-like parasites measuring 8-10 mm as adults. That’s 5/16 to 3/8 of an inch. They cause inflammation and dilation of the bile ducts and also thickening of the bile duct walls. Flukes can be ingested through the consumption of fluke-infested, uncooked fish, watercress, or other fresh water animals (like snails, frogs, and mussels). Infection can also be initiated if water contaminated by cattle or sheep excrements will be used for cooking or drinking. Liver flukes may be found anywhere on the globe but they are most common in Asia and in Eastern Europe. This includes countries like northern Thailand, Southern China, Manchuria, and most recently – Vietnam, with as much as 75% of the population infected.

There are three most well-known species of liver flukes that cause human infection. These are Clonorchis sinensis, Opisthorchis viverrini and Opisthorchis felineus, causing clonorchiasis and opisthorchiasis respectively.These infections are often diagnosed through complete blood count (CBC) tests and by checking antibody levels for the parasite. Stool examination and imaging tests like ultrasound, CT-scan, MRI, and ERCP may be done.

Oftentimes, liver fluke infection is asymptomatic and some people can live full lives in spite of the existing parasitic infestation. In others, symptoms do manifest including abdominal pain, nausea, fever, diarrhea, hives, and loss of appetite. Jaundice may also occur if the sheer multitude of flukes in the bile ducts is already blocking the bile flow.

There are a number of complications caused by liver flukes:

1.Recurrent Pyogenic Cholangitis – Acute suppurative (i.e. pus-producing) cholangitis (inflammation of the bile ducts) may happen when the bile ducts are blocked by masses of dead worms, ova, and mucin. This can be aggravated by the decreased bile flow caused by the abundance of the parasites and their excretion.

2.Gallstone and Bile Duct Stone Formation – Bile duct stones can be the consequence of bile stagnation due to the obstruction of the ducts. Bilirubin stones can also form as the bilirubin undergoes a number of mechanical and chemical changes during cholangitis (bile duct inflammation).

3.Cholangiohepatitis – inflammation of the liver and bile ducts

4. Fluke infection in various parts of the body such as the brain, the liver, lymph nodes, skin, or spinal cord.

Bile duct cancer or cholangiocarcinoma is a rare type of cancer that affects the biliary system. It is commonly associated with Clonorchis sinensis and Opisthorchis viverrini. Bile duct cancer is considered very difficult to diagnose and treat due to its wide variation and the rarity of the condition. It also usually presents in its late stages, increasing the risk of mortality. 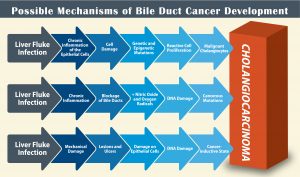 Other risk factors for bile duct cancer include the following:

There are various ways in which liver fluke infection can escalate to bile duct cancer. One is through mechanical injury from the feeding and migration of the flukes combined with the excrement. The tissue damage and scarring caused by the suckers of the fluke hook as well as its other activities can lead to bile duct cancer. Secondly, the persistent inflammation and/or prolonged infection with liver fluke may contribute to the development of cholangiocarcinoma. Biliary cell damage can also be induced by the liver flukes through the actions of oxygen radicals causing oxidative DNA damage to the biliary system. 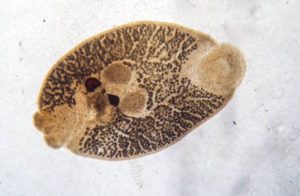 Liver flukes are not prevalent in developed countries but it is still better to be safe than sorry. Prevention is extremely important, especially while travelling or consuming unfamiliar food.

Since C. sinensis and O. viverrini are acquired through ingestion, make sure that your drinking water is treated or boiled, especially when traveling in the countryside. If uncertain, it is better to purchase sealed distilled water bottles that guarantee your safety. Aside from being wary of the liquids you intake, it is important to be cautious about the food you eat. Even vegetables grown and drawn near infested areas can be carriers.

It is always best if you cook your food at home. But at times when you can’t, avoid consuming raw food especially animal liver and fish. Also choose reputable eating places so you can at least be confident about their food handling and safety during preparation and serving. And on the topic of cleanliness, washing your hands with soap and clean water always goes a long way.

So what do you do if you already are infected with liver fluke? Nothing beats regular consultation with a medical practitioner. With that, you can have the peace of mind that your condition is being monitored. The infection in itself is not fatal but complications arising from it can be. So upon discussion with your doctor, you may be given the following treatment options:

1.Medication – Some pharmaceutical drugs such as triclabendazole, praziquantel and tribendimidine may be prescribed for 2-7 days, depending on the dosage. After the medication, stool examination will be repeated and patients will be recommended for retreatment if infection is still present.

2.Alternative treatment – There are a few alternative treatments for those suffering from liver flukes. Examples are colonic irrigation, parasite cleanses, golden seal, natural liver fluke detox formulas, bowel cleaners such as Premier Cleanse, and bile movers like  Beet Capsules. A word of caution though, it is best to consult your doctor before taking any supplements or doing these treatments to make sure that it does not counteract any medications you are taking or that it will not worsen any other physical condition you may have.

3. Paratosin  – This botanical blend provides gastrointestinal and immune support for patients with liver fluke as well as other related parasitic infections.

4.BiliVen  – BiliVen is purported to expand the bile ducts to allow for easier exit of the flukes as well as offering general gallbladder and bile support.

After my recent ordeal at the hospital when I thought the pain might be my gallbladder again, the doctor said after all the tests that I have the cleanest gallbladder in Lake County. I told him about working with your program and … END_OF_DOCUMENT_TOKEN_TO_BE_REPLACED

I just wanted to thank you. I was two days away from having my gallbladder removed, but I read your site, postponed the surgery, and switched to a 100% natural diet. Within three weeks I was symptom-free and have been … END_OF_DOCUMENT_TOKEN_TO_BE_REPLACED

I sincerely thank you for having all this information up and available. The menu plan has provided me with a starting point for eating again and learning how to control the pain through diet. The site is a wealth of revelations and … END_OF_DOCUMENT_TOKEN_TO_BE_REPLACED

I am doing quite well! The gas pain is almost nonexistent, my bladder has returned to its normal position and the sharp pain from the gallbladder is not as frequent or as sharp. And, the nagging dull pain to the … END_OF_DOCUMENT_TOKEN_TO_BE_REPLACED