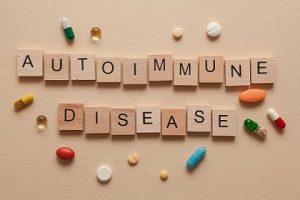 Our bodies are amazingly designed with an innate ability to detect and ward off foreign substances that disturb our homeostasis and threaten our health. Our immune system, through its vast network of cells and tissues, is able to activate white blood cells to fight bacteria, viruses, allergens, infections or toxins that it deems dangerous. This system also has the ability to adapt to “invaders” that our body gets exposed to as we grow and develop.

Ideally, the immune system should recognize the foreign bodies, medically referred to as antigens, and then produce antibodies to tag and identify the aggressors that must be destroyed and eliminated from the system. Unfortunately, it is possible for our built-in fighters to fail in differentiating between the good and the bad. When this happens, our antibodies turn against the healthy cells, attacking the very parts it was intended to protect. This is exactly how autoimmune diseases destroy specific areas of the body. It also drives the immune system to extremes. Autoimmune diseases can either turn our defensive system into an offensive one, or it can leave our body weak and vulnerable to infections.

Symptoms depend on the specific type of autoimmune disease. There are between 80-110 known types of autoimmune disease and each has its own specific combination of indicators. Some manifestations may be similar or overlapping but each condition is still unique. General signs like fever, fatigue and body pain are too broad and can easily be dismissed as a common cold or a simple illness. Early symptoms are also often intermittent until the condition is full-blown. This makes autoimmune diseases difficult to diagnose or trace early.

How do I know if I have autoimmune disease? Am I at risk?

Sadly, the statistics on the prevalence of autoimmune diseases cannot be ignored. According to latest numbers from the American Autoimmune Related Diseases Association, Inc. (AARDA), about 20% of the current US population suffer from an autoimmune disease and that does not include people who have not been diagnosed. Moreover, as greater time and resources are dedicated to the study of these diseases, connection between additional health conditions and autoimmunity are uncovered. This means that we are at risk not just with the known autoimmune disease types but these can also lead us to more complicated and inter-related maladies.

Given the fact that 1 out of 5 people in the US is suffering a type of autoimmune disease, it is important that we pay attention to our bodies and do whatever we can to get the odds in our favor. It is also worthwhile to note that certain uncontrollable conditions can make you predisposed and highly likely to develop autoimmune diseases. If any of the qualities below apply to you, then you have a greater chance of having an autoimmune disease:

Given the numerous causes for autoimmune disease and the severity of its implications, symptoms that are long-term, repetitive or unusually frequent need to be checked. It is not unusual for patients with autoimmune disease to suffer symptoms for years without enough tissue damage occurring to elicit a positive reaction in the blood tests. Common lab tests may turn up normal. It is therefore important to seek medical professionals well-versed in prevention of or early detection of autoimmune diseases.

Should I take Autoimmune Disease Tests? 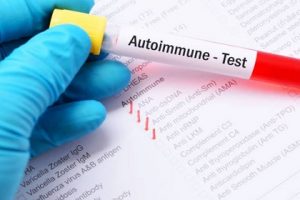 First of all, it is important not to self-diagnose. Even if you belong to the high risk group and you have been exhibiting symptoms, it is a must to see a doctor first. However, not everyone has enough experience and exposure to autoimmune diseases since the numerous types of autoimmune diseases transcend different fields of specialization. Thankfully, some experts like Dr. Datis Kharrazian and his team of doctors from various parts of the country can help you with your questions and may be able to pinpoint which tests need to be conducted to identify the underlying cause for autoimmune disease-like symptoms.

Common tests for autoimmune diseases include C-reactive protein (CRP) and autoantibody tests. Upon recommendation of your doctor, you may be advised to take these to measure levels of inflammation in your body and look for antibodies against specific tissues respectively. Depending on the results, further tests may be required before reaching a conclusive diagnosis. These tests are also important for autoimmune disease patients in assessing the severity of their condition and monitoring its activity or progression.

What do I do next?

After a series of tests, you may either find out that (a) everything is normal and the symptoms are associated with another disease, (b) you are at an early stage of autoimmunity due to the degradation of mechanisms responsible for self-tolerance, or (c) you already have an autoimmune disease.

If you have been told that everything is presently normal but you are still at risk of developing autoimmune diseases, it is best to start re-thinking about your way of life. Although some factors affecting predisposition to the disease cannot be helped, some can still be avoided or managed. 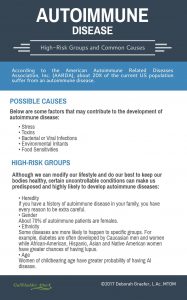 Loss of Self-Tolerance – the Prelude to Autoimmune Disease

A deliberate lifestyle change is also extremely important for those at risk of losing (or have already lost) self-tolerance. This means that your body is starting to build a strong immune response to your own antigens when it is not supposed to. Tolerance is a specific and active antigen-dependent process that serves as our body’s defense from antigens. While the exact cause of autoimmune diseases is not yet known, it is believed that loss of self-tolerance precedes it.

I have tested positive for autoimmune disease, now what?

If after a series of tests you find out that you have an autoimmune disease, there is still hope. Although there is presently no known cure to any known autoimmune disease, a lot can still be done to control it as well as to alleviate the symptoms. Some medical practitioners may tell you that procedures like hormone replacement therapy, physical therapy or immunosuppressive medication can help you. However, the goals of these treatments are ultimately to improve your way of life by reducing symptoms and maintaining the body’s ability to fight disease. Once you have developed autoimmunity, although steps you take may lower the antibody levels to normal, anything could trigger an autoimmune response again. There is no cure; there is only management and perhaps, remission.

Keeping the immune system balanced is the best course in the prevention and treatment of autoimmune diseases. Among the ways to stabilize and enhance your immune system include the following:

How does my diet play a role? What is an Autoimmune Diet?

Whether you are at risk of developing an autoimmune disease or you are already a patient, diet plays a crucial role in the prevention, management or progression of the various autoimmune diseases. Other controllable factors contributing to autoimmune diseases can easily be avoided. However, food is something that we need and we deal with every day. Eating the wrong food can be detrimental and can flare up existing autoimmune conditions. The repercussions of a wrong diet can last for up to 6 months, long after you have ingested the culprit.

Watching what you eat helps remove immune triggers or foods that cause inflammation, leaky gut or intestinal permeability, and other gut problems. Most of the time, people diagnosed with autoimmune diseases also have gut issues. When you eat right, you are giving your body the time to heal and recover.

Foods That May Contribute to an Autoimmune Disease 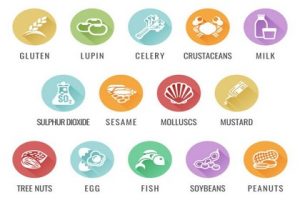 Below are the top foods that must be avoided if you are on an autoimmune diet:

Some people may think that they are excused from doing this diet just because they feel well at the moment and they have not had any adverse reactions when they took it in the past. However, it is possible that your food sensitivity is still dormant or you are simply asymptomatic. Not suffering immediate consequences does not mean you are off the hook. Eating foods that cause allergic-type reactions and inflammation drives your body to release histamine and cortisol. Constant exposure to these triggers will cause build-up which impairs immune function. Doing this also puts your immune system in a constant “red alert”.

No matter what your health condition is, it always pays to eat organic fruits and vegetables. Fermented foods free from sugar and additives are also great for your diet. Fresh, low-fat proteins including fish, chicken, beef and lamb are also important components of an autoimmune meal plan. Just make sure that the meats you are getting are void of antibiotics and hormones and free-range, if possible.

What else can I take? Supplements for Autoimmune Diseases

Supplementation is also crucial in the holistic approach to avoiding or managing AI. Here are some recommended supplements for autoimmune diseases that can be taken to achieve specific results:

Complementary and Alternative Medicine (CAM) may also be helpful in alleviating symptoms. Acupuncture, hypnosis and chiropractic therapy are some of the ways employed to help autoimmune disease patients. It is imperative though that you consult your doctor before taking other alternative routes to address your health issues to make sure that it won’t cause further problems. For example, while exercise is helpful in many ways, done to excess can trigger inflammation worsening an AI condition.

According to the NIH Autoimmune Diseases Research Plan, autoimmune research is one of the most promising areas of new discovery within the last decade. Right now, many questions are still unanswered and limited options on its diagnosis and management are available. Hopefully though, the near future will bring greater hope to patients suffering from autoimmune diseases and peace of mind to those who are at risk of developing the condition. In the meantime, prevention, as always, is the best course of action.

I received the Gall Bladder Attack Kit over a week ago and started taking the products that night. It is definitely working; I have not had a single attack since! (I was experiencing pain almost daily before, often escalating to a 12 … END_OF_DOCUMENT_TOKEN_TO_BE_REPLACED

You requested that I check in after being on the 30-Day Gallbladder Solution for approximately two weeks. I am happy to say that I have not experienced another attack since being on the diet and taking the supplements. You suggested that I … END_OF_DOCUMENT_TOKEN_TO_BE_REPLACED

I sincerely thank you for having all this information up and available. The menu plan has provided me with a starting point for eating again and learning how to control the pain through diet. The site is a wealth of revelations and … END_OF_DOCUMENT_TOKEN_TO_BE_REPLACED