What Is Gallbladder Disease? 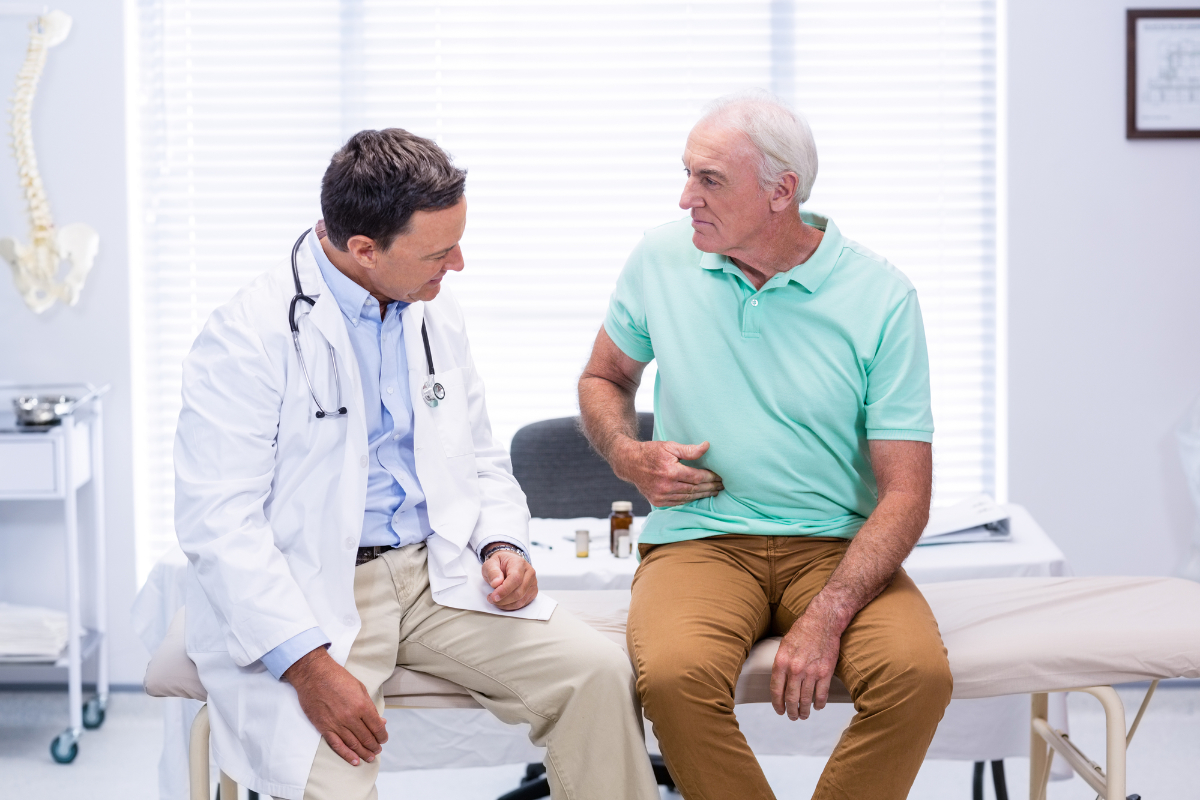 If you have been diagnosed with a low-functioning gallbladder, or with gallstones, this is technically a form of "gallbladder disease".

There are specific diagnoses for various problems, but the symptoms are common to them all.

See each separate diagnosis or disease described below for more details.

The symptoms of bile reflux are similar to the burning pain of heartburn but also may include nausea and vomiting of bile. Weight loss may also be an accompanying symptom. Treatment often includes antacids, which are only partially helpful. The fact that antacids do not relieve symptoms is often diagnostic of bile reflux. Drugs that bind bile salts are generally more effective. Left untreated, bile reflux can cause gastritis, ulcers and possibly stomach cancer.

Causes of Bile Reflux
Bile reflux can be caused by gallbladder surgery, but is more often a result of gastric surgery. The pyloric valve can also be obstructed by scar tissue or by an ulcer.

The Difference Between Bile Reflux and Acid Reflux

Biliary Dyskinesia - Also Known as Low-Functioning Gallbladder
Biliary dyskinesia is called by many names, including acalculous cholecystopathy, which means disease or condition of the gallbladder without the presence of gallstones. It may also be referred to as functional gallbladder disorder or impaired gallbladder emptying. The diagnosis of this under-functioning gallbladder is determined by the measure of a 32% or lower ejection rate from the gallbladder.

Symptoms of Biliary Dyskinesia
Right upper quadrant pain (in the absence of gallstones) may be felt by a patient with low-functioning gallbladder. Any gallbladder symptoms may accompany this problem as it results in lack of concentrated bile from the gallbladder to digest fats.

Biliary Hyperkinesia – Hyperactive or Hyperkinetic Gallbladder
A gallbladder condition without stones as well, a hyperkinetic gallbladder is diagnosed by a 65% or higher ejection fraction via a HIDA scan.

Symptoms of Biliary Hyperkinesia
The symptoms are similar to that of a low-functioning gallbladder with right, upper-quadrant pain and any other symptoms of other gallbladder disease. However, in this case there might be spasms of the gallbladder and more likelihood of diarrhea due to the excessive flow of bile.

Causes of Biliary Hyperkinesia
Very little is known about this condition but one theory for the underlying cause is an overactive vagus nerve with stress being an additional contributing factor.

Cholangitis
Cholangitis is inflammation of the bile duct itself. Chole = bile and angi = duct.

Causes of Cholangitis
Acute cholangitis is usually caused a bacterial infection resulting from stagnation of the bile in the duct. Choledocholithiasis, a gallstone that gets stuck or lodged in the bile duct, can create an obstruction that results in an infection. Less frequently, infections can evolve due to a stricture or narrowing of the duct itself such as in Primary Sclerosing Cholangitis. Infections may accompany a cancer. Something blocks the free flow of the bile causing a stagnant condition which allows the bacteria to take hold. Medical procedures can also be a causative factor.

Primary Sclerosing Cholangitis or PSC
PSC is a disease in which the bile ducts from the liver become hardened and eventually obstruct the flow of bile. It is characterized by inflammation, breaking down of and eventual hardening of or fibrosis of the bile ducts within the liver and outside the liver (both intrahepatic and extrahepatic bile ducts.) It is most likely an autoimmune liver disease.

This is a very serious disease which requires medical intervention, which often includes putting in a stent to help the bile to flow freely. As an adjunct, consider castor oil packs without heat to help with reducing inflammation and improving lymph flow.

Causes of Cholecystitis
Acute cholecystitis is nearly always due to an irritation from gallstones but may be due to bacterial infection as well.

Symptoms of Choledocholithiasis
Symptoms for choledocholithiasis may differ depending on where the stone is and if it is blocking bile flow. It can block the neck of the gallbladder by lodging there or in the cystic duct, causing distention and inflammation (cholecystitis). In the common bile duct, it can cause a backing up of bile into the liver resulting in obstructive jaundice or into the pancreas causing acute pancreatitis.

Cholelithiasis – Gallstones
Solid crystalline precipitates in the biliary tract, usually formed in the gallbladder. Gallstones, derived from the bile, consist mainly of calcium, cholesterol, or bilirubin. Since gallstones are the most common gallbladder disease, there is a separate page dedicated to a discussion on Gallstones.

Symptoms of Cholestasis
Blocking of the secretion of bile results in the bile backing up into the circulation. This may result in jaundice and excess bilirubin in the blood which would make the urine dark and the stools pale or chalk colored. The excess of bile salts in the systemic circulation may cause intense itching and skin irritation. There may also be dark urine and/or fat in the stools.

Gallbladder Cancer
According to The American Cancer Society, there were approximately 11,740 new cases of gallbladder/large bile duct cancer in the year 2017 alone. Statistics show that it occurs 5x as often in Native American people in New Mexico than in whites. Women are more susceptible than men.

Gallbladder polyps are usually asymptomatic and need no treatment. They may be found incidentally on an ultrasound of the gallbladder done for some other reason. There is rarely pain involved and any pain that is there is most likely due to something else such as gallstones. Occasionally, they may grow large enough to require surgical removal.

I have just finished the 30 Day Menu Plan and I am out of pain for the first time in years. I am really looking forward to starting the 2nd phase 30 Day Plan and see where that takes me! … END_OF_DOCUMENT_TOKEN_TO_BE_REPLACED

Thank you so much! You have helped me more than I can express. I would have been lost without your kindly shared knowledge. My experience of extreme gallbladder attacks literally knocked me down. I could only lay on my back completely still … END_OF_DOCUMENT_TOKEN_TO_BE_REPLACED

I had a gallbladder removal surgery in Spring 2017, and during the surgery, the doctor made a major surgical error that left me with chronic pain and problems. For many months, I was unable to eat solid food, I could … END_OF_DOCUMENT_TOKEN_TO_BE_REPLACED

So glad I found this website! I was having so many digestive issues, after a year of searching and trying, I was finally diagnosed with food allergies and leaky gut. I didn’t know where to turn. A friend recommended gallbladderattack.com … END_OF_DOCUMENT_TOKEN_TO_BE_REPLACED

I just wanted to let you know that yours is one of the few emails I get that I read immediately and always know that I will benefit from what you have written! I cannot tell you how grateful I am … END_OF_DOCUMENT_TOKEN_TO_BE_REPLACED

Dear Heidi, Sharmila, and Deborah,  I cannot thank you enough. The food is wonderful, even the first week. The free recipes (especially for weeks 5-8) are amazing and absolutely gorgeous! My stomach is shrinking, and I can’t believe the small portions that satisfy me. I believe I can … END_OF_DOCUMENT_TOKEN_TO_BE_REPLACED

After my recent ordeal at the hospital when I thought the pain might be my gallbladder again, the doctor said after all the tests that I have the cleanest gallbladder in Lake County. I told him about working with your program and … END_OF_DOCUMENT_TOKEN_TO_BE_REPLACED

I received the Gall Bladder Attack Kit over a week ago and started taking the products that night. It is definitely working; I have not had a single attack since! (I was experiencing pain almost daily before, often escalating to a 12 … END_OF_DOCUMENT_TOKEN_TO_BE_REPLACED

Day ten on the gall bladder 30 day kit and the pain is gone. Following the diet regime and taking the supplements and the improvement is amazing. I appreciate all the advice on you website and in the emails and am changing … END_OF_DOCUMENT_TOKEN_TO_BE_REPLACED

I am doing quite well! The gas pain is almost nonexistent, my bladder has returned to its normal position and the sharp pain from the gallbladder is not as frequent or as sharp. And, the nagging dull pain to the … END_OF_DOCUMENT_TOKEN_TO_BE_REPLACED

When I was waiting for my gallbladder operation as I had a severe infection and a gallstone/sludge – my lifesaver was your site and your gallbladder diet! Thanks for that! I made it to my operation without one flare-up in … END_OF_DOCUMENT_TOKEN_TO_BE_REPLACED

I just wanted to thank you. I was two days away from having my gallbladder removed, but I read your site, postponed the surgery, and switched to a 100% natural diet. Within three weeks I was symptom-free and have been … END_OF_DOCUMENT_TOKEN_TO_BE_REPLACED

Your Bile Salts tabs work wonders. I had my gallbladder removed in 2008 and have tried many things to relieve myself if bloating with nearly everything I ate… Nearly every brand of enzymes, some with extra fat digesting help, even … END_OF_DOCUMENT_TOKEN_TO_BE_REPLACED

I sincerely thank you for having all this information up and available. The menu plan has provided me with a starting point for eating again and learning how to control the pain through diet. The site is a wealth of revelations and … END_OF_DOCUMENT_TOKEN_TO_BE_REPLACED

You requested that I check in after being on the 30-Day Gallbladder Solution for approximately two weeks. I am happy to say that I have not experienced another attack since being on the diet and taking the supplements. You suggested that I … END_OF_DOCUMENT_TOKEN_TO_BE_REPLACED

I’m so glad I found your website! I’ve been taking the 3 combination pills for sluggish gallbladder and my pain has all but ended. I’ve convinced my Dr. that I’m certain through diet and these pills I can forget about having my … END_OF_DOCUMENT_TOKEN_TO_BE_REPLACED