People are often mystified as to how they can have pain in the gallbladder region when they no longer have a gallbladder. Justly so.

There are several possibilities for this and there are several different kinds of pain as well as locations of that pain. Also, the pain can vary from mild to severe and be isolated pain or pain that is accompanied by nausea and/or vomiting, gas and bloating, or heartburn. 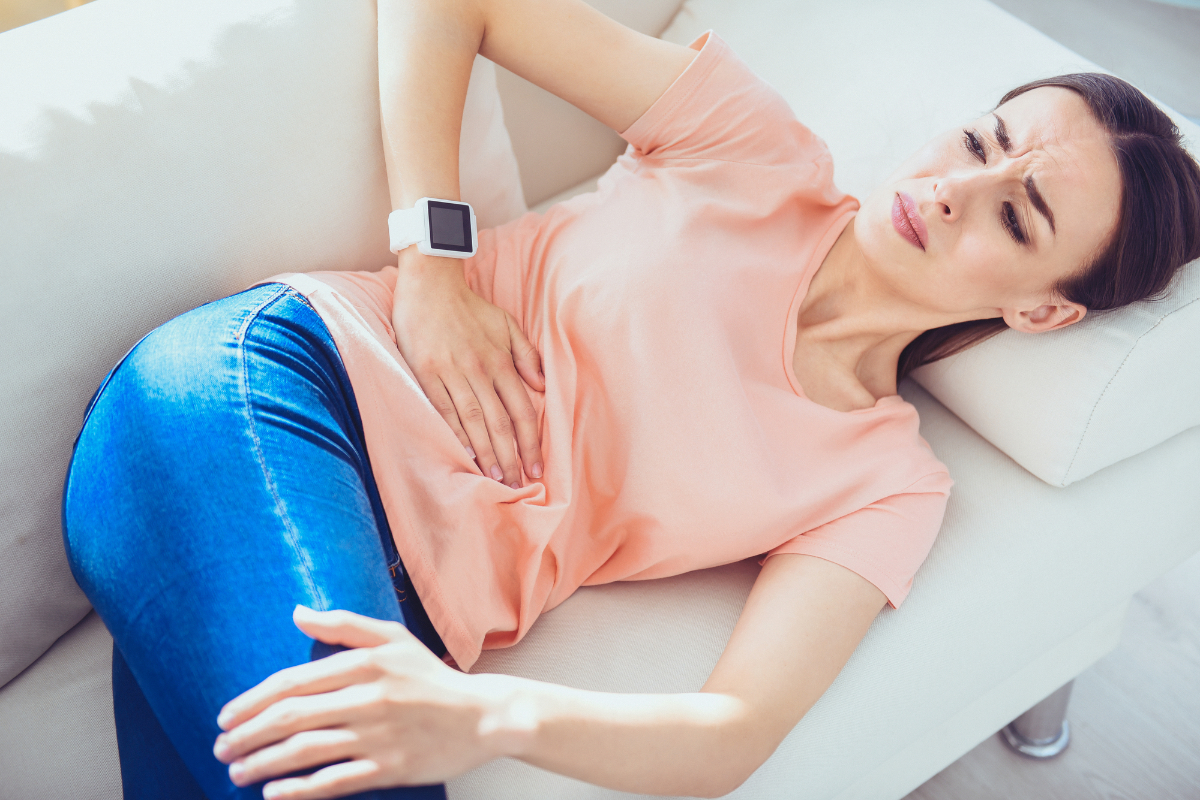 It is only natural to have some discomfort for the weeks following surgery itself as the body adjusts to the invasion and ensuing inflammation. Then there may be some annoyance as it figures out how to reroute the bile, just as a newborn experiences colic as the digestive system is exposed to food for the first time. But that makes sense for a few weeks; it doesn’t account for the pain that starts months or years post-cholecystectomy.

Reasons for Pain After Gallbladder Removal

1. Gallstones blocking the bile ducts cause a gallstone attack. SOD or sphincter of Oddi Dysfunction can also simulate attacks.

2. Pulling on the scar tissue in the local area can cause pain.

3. Hypertension from backup of bile in the common bile ducts and possibly the hepatic ducts can create discomfort from the pressure build-up, and the bile duct dilation itself.

4. Cystic duct remnant is where the stump of the duct left from gallbladder removal fills up with bile, sludge, or even stones. This can be felt as a lump upon palpation and can cause pain.

5. Inflammation in the area or referred from SOD. This can be upper right quadrant pain or in the area of the sphincter of Oddi to the right of the navel and could extend into the pancreas on the left.

6. Heartburn, newly developed since surgery or worse than it was before removal, is due to the toxicity of the bile which has a preponderance of fat-soluble bile acids to the water-soluble acids. The fat-soluble bile, when out of balance, is more caustic and causes inflammation in its wake. This includes all bile ducts, the sphincter of Oddi, the duodenum and the rest of the intestines, as well as the pyloric sphincter which usually keeps food, bile and pancreatic enzymes from backing up into the stomach. When this sphincter becomes inflamed, the bile refluxes into the stomach where it mixes with stomach acid and causes burning.

How much do you know about weight gain after gallbladder removal?

Your Bile Salts tabs work wonders. I had my gallbladder removed in 2008 and have tried many things to relieve myself if bloating with nearly everything I ate… Nearly every brand of enzymes, some with extra fat digesting help, even … END_OF_DOCUMENT_TOKEN_TO_BE_REPLACED

You requested that I check in after being on the 30-Day Gallbladder Solution for approximately two weeks. I am happy to say that I have not experienced another attack since being on the diet and taking the supplements. You suggested that I … END_OF_DOCUMENT_TOKEN_TO_BE_REPLACED

I just wanted to thank you. I was two days away from having my gallbladder removed, but I read your site, postponed the surgery, and switched to a 100% natural diet. Within three weeks I was symptom-free and have been … END_OF_DOCUMENT_TOKEN_TO_BE_REPLACED

After my recent ordeal at the hospital when I thought the pain might be my gallbladder again, the doctor said after all the tests that I have the cleanest gallbladder in Lake County. I told him about working with your program and … END_OF_DOCUMENT_TOKEN_TO_BE_REPLACED

I just wanted to let you know that yours is one of the few emails I get that I read immediately and always know that I will benefit from what you have written! I cannot tell you how grateful I am … END_OF_DOCUMENT_TOKEN_TO_BE_REPLACED

I sincerely thank you for having all this information up and available. The menu plan has provided me with a starting point for eating again and learning how to control the pain through diet. The site is a wealth of revelations and … END_OF_DOCUMENT_TOKEN_TO_BE_REPLACED

Dear Heidi, Sharmila, and Deborah,  I cannot thank you enough. The food is wonderful, even the first week. The free recipes (especially for weeks 5-8) are amazing and absolutely gorgeous! My stomach is shrinking, and I can’t believe the small portions that satisfy me. I believe I can … END_OF_DOCUMENT_TOKEN_TO_BE_REPLACED

I have just finished the 30 Day Menu Plan and I am out of pain for the first time in years. I am really looking forward to starting the 2nd phase 30 Day Plan and see where that takes me! … END_OF_DOCUMENT_TOKEN_TO_BE_REPLACED

Day ten on the gall bladder 30 day kit and the pain is gone. Following the diet regime and taking the supplements and the improvement is amazing. I appreciate all the advice on you website and in the emails and am changing … END_OF_DOCUMENT_TOKEN_TO_BE_REPLACED

Thank you so much! You have helped me more than I can express. I would have been lost without your kindly shared knowledge. My experience of extreme gallbladder attacks literally knocked me down. I could only lay on my back completely still … END_OF_DOCUMENT_TOKEN_TO_BE_REPLACED

I had a gallbladder removal surgery in Spring 2017, and during the surgery, the doctor made a major surgical error that left me with chronic pain and problems. For many months, I was unable to eat solid food, I could … END_OF_DOCUMENT_TOKEN_TO_BE_REPLACED

When I was waiting for my gallbladder operation as I had a severe infection and a gallstone/sludge – my lifesaver was your site and your gallbladder diet! Thanks for that! I made it to my operation without one flare-up in … END_OF_DOCUMENT_TOKEN_TO_BE_REPLACED

So glad I found this website! I was having so many digestive issues, after a year of searching and trying, I was finally diagnosed with food allergies and leaky gut. I didn’t know where to turn. A friend recommended gallbladderattack.com … END_OF_DOCUMENT_TOKEN_TO_BE_REPLACED