What Is The Gallbladder? 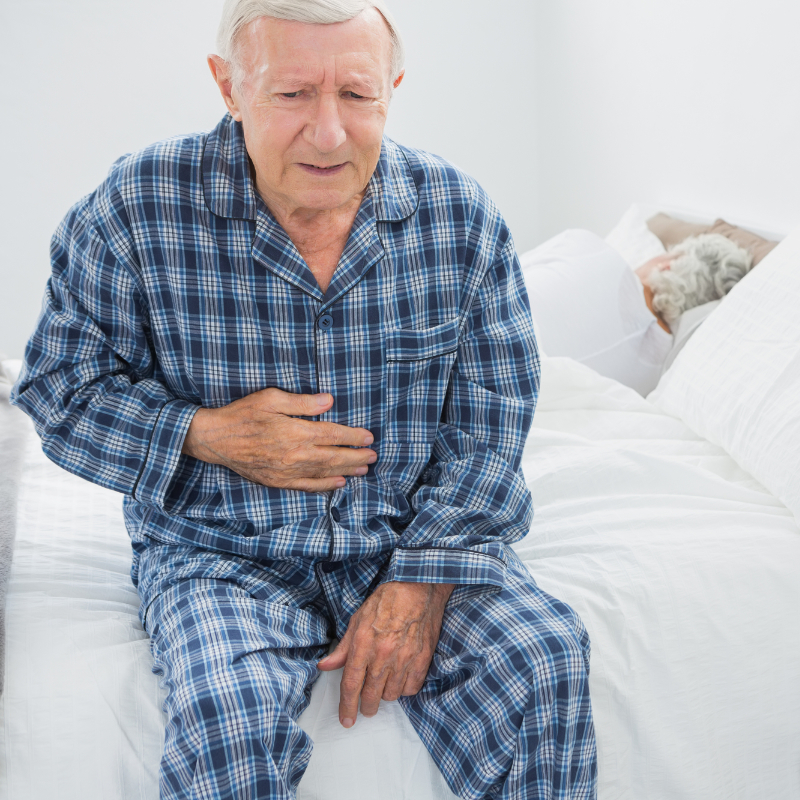 What is this small little green bag in our bodies that can create such a fuss that it sends us running to the ER in the middle of the night? What's it all about, and how can it do that? The gallbladder is a hollow organ like the urinary bladder, but it holds the bile instead of being a receptacle for urine. Since gall is a word for bile, the gallbladder begins to make more sense. The organ is tiny, is generally referred to as pear-shaped (but looks more like an ellipse or thin oval) and it sits snuggled in a depression in the lower right lobe of the liver.

While it is generally covered almost entirely by the liver, it stretches from its normal 2.8 inches to about 4 inches when the gallbladder is full of bile. It often peeps out below the lower margin of the liver. A gallbladder full of stones may also distend below the liver. Its diameter, when full, is only slightly more than an inch and a half. The gallbladder has 3 or 4 parts to it, depending on who you listen to. The three are the fundus, the body, and the neck. The lowest and widest part at the base is called the fundus. The fundus tucks in flat against the abdominal wall, and when it is distended, as when inflamed, it shows up on a CT scan as a bulge, pushing out the abdominal wall. This is called the "tensile gallbladder fundus sign," which is pretty much the only time you'll hear about it. When there is sludge or a few stones, they are usually located in the fundus. The next section is called the body, which is generally narrower unless full of gallstones or bile. Then as it funnels into the neck, some throw in a fourth section and call it the infundibulum, which means "funnel". While the gallbladder color is referred to as green, it is, actually, more of a blue-grey color than green. And when it's diseased, the colors range from rotting flesh color to black, dead, necrotic tissue. Not pretty.

Physiology of the Gallbladder

Let's talk about how the gallbladder works. The liver cells make the bile in the liver. It is then sent through tiny ducts or canals called canaliculi to the duodenum (the first third of the small intestine) and simultaneously to the gallbladder. When foods are ingested (especially proteins and fats), they are mixed with stomach acid and dropped down into the duodenum. Cells in the duodenal walls secrete a hormone called cholecystokinin or CCK, which contracts the gallbladder, and about one-third of its volume is ejected. In turn, CCK signals the relaxation of smooth muscles surrounding the end of the common bile duct called the sphincter of Oddi, allowing the bile to enter the first part of the small intestine. These two muscles, the gallbladder and the Sphincter of Oddi are easily influenced by stress. This is why gallbladder problems often surface after or during times of prolonged stress. CCK is stimulated by fats, amino acids in proteins, or stomach acid, HCl. Not only does CCK stimulate the release of bile but it also increases bile acid production in the liver and digestive enzyme production in the pancreas. Therefore, having sufficient HCl, hydrochloric acid, is important for both bile and pancreatic enzyme production and secretion and therefore for overall digestion. Long-term use of PPIs or other acid blockers can contribute to less efficient digestion.

The gallbladder is part of a whole system called the biliary system or the biliary tree. It is so-called because of its resemblance to a tree, the thousands of tiny branchlets (canaliculi) spreading out throughout the liver, connecting to bigger branches or ducts, then joining two larger liver branches, called hepatic (hepat=liver) ducts, and merging to form the common bile duct or the trunk of the tree. This common bile duct passes through the pancreas and joins with the pancreatic duct before emptying into the duodenum through the common sphincter, the sphincter of Oddi. Farther up the tree, the gallbladder hangs off the common bile duct-like a ripe piece of fruit. The stem of the "fruit" is the cystic duct. 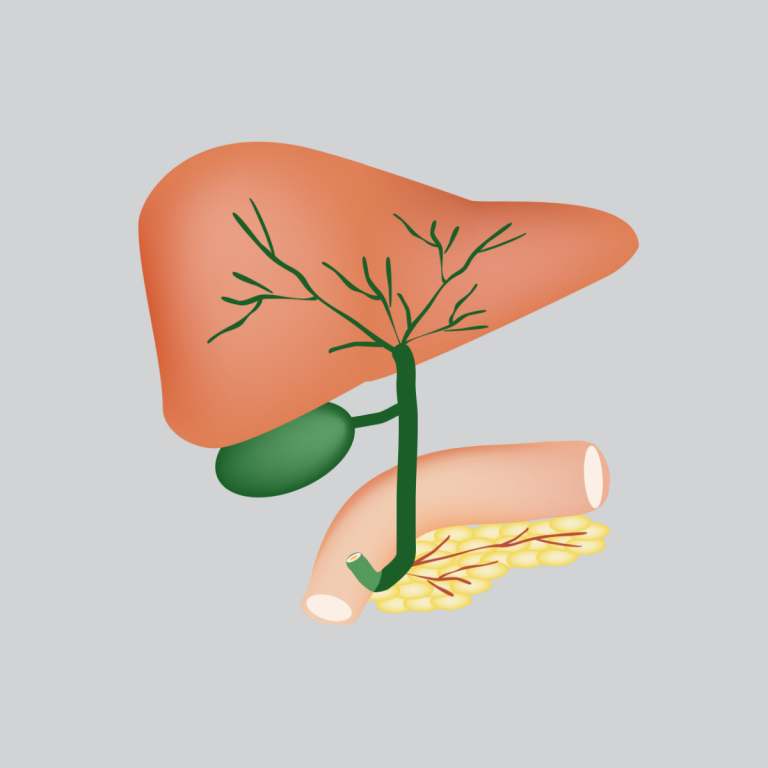 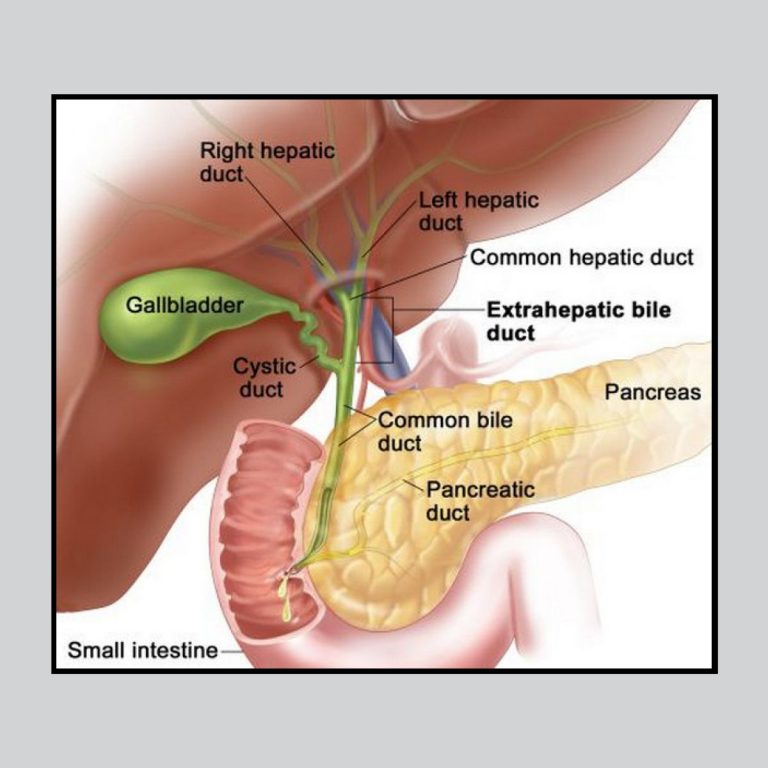 When I was waiting for my gallbladder operation as I had a severe infection and a gallstone/sludge – my lifesaver was your site and your gallbladder diet! Thanks for that! I made it to my operation without one flare-up in … END_OF_DOCUMENT_TOKEN_TO_BE_REPLACED

I have just finished the 30 Day Menu Plan and I am out of pain for the first time in years. I am really looking forward to starting the 2nd phase 30 Day Plan and see where that takes me! … END_OF_DOCUMENT_TOKEN_TO_BE_REPLACED

I wish that I found your site five years ago! Before I had a gallbladder attack and had it removed. Your site is very informative. My doctors never told me anything after the operation as to diet or supplementing with … END_OF_DOCUMENT_TOKEN_TO_BE_REPLACED

Day ten on the gall bladder 30 day kit and the pain is gone. Following the diet regime and taking the supplements and the improvement is amazing. I appreciate all the advice on you website and in the emails and am changing … END_OF_DOCUMENT_TOKEN_TO_BE_REPLACED

Dear Heidi, Sharmila, and Deborah,  I cannot thank you enough. The food is wonderful, even the first week. The free recipes (especially for weeks 5-8) are amazing and absolutely gorgeous! My stomach is shrinking, and I can’t believe the small portions that satisfy me. I believe I can … END_OF_DOCUMENT_TOKEN_TO_BE_REPLACED

So glad I found this website! I was having so many digestive issues, after a year of searching and trying, I was finally diagnosed with food allergies and leaky gut. I didn’t know where to turn. A friend recommended gallbladderattack.com … END_OF_DOCUMENT_TOKEN_TO_BE_REPLACED

I’m so glad I found your website! I’ve been taking the 3 combination pills for sluggish gallbladder and my pain has all but ended. I’ve convinced my Dr. that I’m certain through diet and these pills I can forget about having my … END_OF_DOCUMENT_TOKEN_TO_BE_REPLACED

I received the Gall Bladder Attack Kit over a week ago and started taking the products that night. It is definitely working; I have not had a single attack since! (I was experiencing pain almost daily before, often escalating to a 12 … END_OF_DOCUMENT_TOKEN_TO_BE_REPLACED

I just wanted to let you know that yours is one of the few emails I get that I read immediately and always know that I will benefit from what you have written! I cannot tell you how grateful I am … END_OF_DOCUMENT_TOKEN_TO_BE_REPLACED

I am doing quite well! The gas pain is almost nonexistent, my bladder has returned to its normal position and the sharp pain from the gallbladder is not as frequent or as sharp. And, the nagging dull pain to the … END_OF_DOCUMENT_TOKEN_TO_BE_REPLACED

Your Bile Salts tabs work wonders. I had my gallbladder removed in 2008 and have tried many things to relieve myself if bloating with nearly everything I ate… Nearly every brand of enzymes, some with extra fat digesting help, even … END_OF_DOCUMENT_TOKEN_TO_BE_REPLACED

I had a gallbladder removal surgery in Spring 2017, and during the surgery, the doctor made a major surgical error that left me with chronic pain and problems. For many months, I was unable to eat solid food, I could … END_OF_DOCUMENT_TOKEN_TO_BE_REPLACED

You requested that I check in after being on the 30-Day Gallbladder Solution for approximately two weeks. I am happy to say that I have not experienced another attack since being on the diet and taking the supplements. You suggested that I … END_OF_DOCUMENT_TOKEN_TO_BE_REPLACED

Thank you so much! You have helped me more than I can express. I would have been lost without your kindly shared knowledge. My experience of extreme gallbladder attacks literally knocked me down. I could only lay on my back completely still … END_OF_DOCUMENT_TOKEN_TO_BE_REPLACED