Bile Definition, Bile Function, and its Role in the Biliary Tree

Not much attention is given to the condition of our bile. In fact, unless you are diagnosed with liver, gallbladder or digestion problems, how would you know to think of it? Some wouldn’t even know what it is. For people whose gallbladder has already been surgically removed, they may never think of bile and bile function again after the operation, unless they’re one of the unfortunate ones who would struggle with the after-effects of the procedure for years to come.

But it is a mistake to overlook the health of the bile at any time since it is a primary avenue for the removal of toxins. The liver filters everything that enters the body through digestion, through breathing and through absorption of the skin and it is the bile within the liver that carries it out. The more toxic our environment, the more concerned and proactive we should be about the viability of our organs and substances of detoxification. Even those who have gone under the knife for cholecystectomy, or gallbladder removal, are not exempted. The state of the bile, the liver and the rest of the biliary system is even more important if the body’s homeostasis is disturbed and a key organ has been taken out of the game.

What is the Bile?

Bile is a bitter fluid of brown or yellow color secreted by the gallbladder. Because of its bitter taste, it is also used in the English language as a word for bitter and since another meaning of bile is anger, irritability and ill temper, it can also be used to denote anger, as in, “He was full of bile.” Another word for bile is “gall” which carries the meaning of impudence, insolence, audacity and shamelessness. “He had a lot of gall to do that!” It also can refer to bitterness of spirit.

Where is Bile Made

Bile is a fluid made by the cells of the liver but is stored in the gallbladder. An adult liver produces from 400 ml to 1000 ml or 1 liter of bile daily. It is made up of 85% water and a combination of bile salts, phospholipids, and cholesterol. Electrolytes, minerals, proteins, and bilirubin are also part of the mix. Bilirubin is the waste product from the breakdown of old blood cells that are excreted via the bile. It is the bilirubin which gives bile its brown or yellowish color.

Emulsification of fats is the bile function it is mostly known for. As seen in the diagram on the right, bile acts as a detergent on fat molecules which helps to break them down into smaller parts for absorption.

But this underrated player in the human body actually contributes much more than that to the process of digestion and metabolism. For a list of bile salt functions   click here.

Once ingested food reaches the small intestine, the bile starts to work by breaking down fat so it can be distributed in the body. This is called emulsification. Included in the process are fat-soluble vitamins like A, D, E, K and essential fatty acids. Even fat-soluble minerals like iron, calcium and magnesium cannot be used by the body if it is not broken down and distributed.

Other bile functions include neutralizing stomach acid, raising the pH, and preparing nutrients for absorption in the small intestine. It also helps with the “dirty job” of taking out toxins and other wastes from the liver.

Bile Circulation and the Biliary Tree 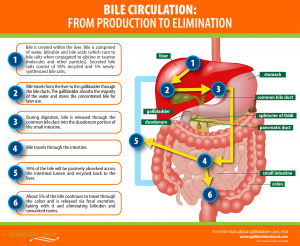 In order for bile to serve its function, it needs the help of the liver, gallbladder and bile ducts. This network serves as the roots, trunk and branches for the manufacturing, storage and distribution of bile. That is why it is often referred to as the biliary tree. Others call it the biliary system or the hepatobiliary system.

The bile ducts begin in the liver as very tiny canals called bile canaliculi. They collect the bile from the liver cells where it was manufactured. They then branch out into larger canals and then larger and larger ducts. There are two main ducts that transport bile out of the liver called the right and left hepatic ducts. These merge to form the common hepatic duct which exits the liver and joins the cystic duct coming from the gallbladder. This newly merged duct is the common bile duct which gets its name from the fact that it is a duct common to both the liver bile and to the gallbladder bile. It is also “common” because it also merges with the pancreatic duct. This junction with the pancreatic duct, farther down, is called the ampulla of vater. This now empties into the small intestine or duodenum at the site of the sphincter of Oddi. This sphincter is a muscle that allows for the contents of the duct to enter in one direction without allowing the escape of the contents of the small intestine back into the bile ducts.

A certain amount of bile is sent to the gallbladder which stores the bile to have it available in larger quantities and in a concentrated form for secretion when a meal is eaten. The ingestion of food, especially fat, triggers the release of a hormone called cholecystokinin (CCK). This signals the gallbladder to contract and release bile. It simultaneously triggers the relaxation of the sphincter of Oddi which allows for the flow of the secreted bile to flow into the small intestine where it is emulsified and broken down into smaller, usable molecules of fat and fat-soluble vitamins. After this process, only about 5% continues down for excretion in the stool.

The harmonious functioning of this biliary system is dependent on the synchronistic tension and relaxation of the gallbladder and sphincter of Oddi muscles.

When talking about the bile and the biliary system as a whole, the role of bile acid and bile salt cannot be missed. Although some literature and articles use these terms interchangeably, there are significant differences between the two. It is helpful to know this to better understand what happens to our bodies when we are diagnosed with some health issues related to the bile and the system as a whole.

Bile acid is the product of cholesterol emulsification and utilization. Its synthesis serves as the avenue for the elimination of some excess cholesterol. While this is happening, bile acid also helps in the solubilization of cholesterol, lipids, some vitamins and other nutrients so it can be effectively delivered to the liver. It also prevents the precipitation of cholesterol in the gallbladder. Bile acids work as connectors to nuclear receptors regulating the expression of certain genes needed to monitor ideal cholesterol levels.However, it is important to know that the bioactivation of cholesterol to bile acids is not enough to get rid of all the excesses due to bad diet. The primary human bile acids are cholic acid and chenodeoxycholic acid.

Bile salt, on the other hand, is the collective term for conjugated bile acids and bile alcohol sulfates. Together with other components, it is transported into the gall bladder where the mixture is concentrated, making up the bile. The bile salt’s primary role is to break down cholesterol to prevent its crystallization and the formation of gallstones. Bile salts are also manufactured and secreted from liver cells. Similar to bile acids, they are also synthesized from cholesterol. After secretion and re-absorption into the intestine, they are returned to the liver where they are removed and re-secreted into the bile. This results to the accumulation of a bile salt pool. This cycle is called enterohepatic (meaning within the liver) circulation and it is necessary for the maintenance of bile circulation.

Should I be taking bile salts if I have had my gallbladder removed or before? Read our article Are Bile Salts Worth Your Money? for a list of all the things that bile salts may do and when you might benefit from taking them. 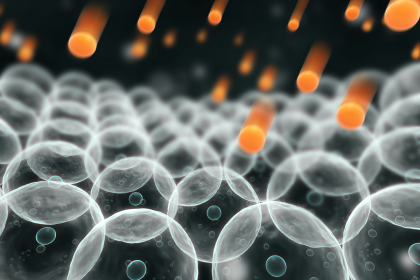 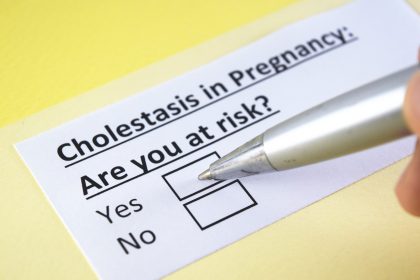 When I was waiting for my gallbladder operation as I had a severe infection and a gallstone/sludge – my lifesaver was your site and your gallbladder diet! Thanks for that! I made it to my operation without one flare-up in … END_OF_DOCUMENT_TOKEN_TO_BE_REPLACED

I received the Gall Bladder Attack Kit over a week ago and started taking the products that night. It is definitely working; I have not had a single attack since! (I was experiencing pain almost daily before, often escalating to a 12 … END_OF_DOCUMENT_TOKEN_TO_BE_REPLACED

I had a gallbladder removal surgery in Spring 2017, and during the surgery, the doctor made a major surgical error that left me with chronic pain and problems. For many months, I was unable to eat solid food, I could … END_OF_DOCUMENT_TOKEN_TO_BE_REPLACED