The following research-backed benefits of Betaine HCl may all contribute to weight loss in different ways:

Betaine HCl is most well-known for its support for digestion. Aside from being essential for protein metabolism, it stimulates the release of pancreatic enzymes and signals (via the hormone CCK) the release of bile. Also, low stomach acid is at the root of many digestive problems with varying symptoms, including constipation, gas & bloating, indigestion, and bad breath. Sometimes weight loss is difficult to achieve because the metabolism of fats and other nutrients is impaired. Dosages for digestive support range from 500mg 3x a day to 1500 3x day.

What is less known is that betaine HCl is a fat metabolizer. Not only does it remove excessively accumulated fat in the liver, enhancing liver function and detoxification, but it also reduces body fat (at much higher doses) and supports the building of lean muscle mass. 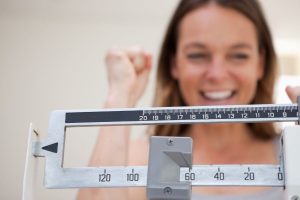 A 2019 review of 6 independent studies on using Betaine in humans showed that it was significantly effective in reducing total body fat mass and body fat percentage and could be utilized to normalize body composition.

The dosage used in the trials ranged from 2500mg to 3300mg daily. The most successful studies included exercise in the program.

It is also suggested that Betaine could inhibit new white fat production and favor the manufacturing of brown fat. It protects against obesity induced by a high-fat diet and prevents fat accumulation in the muscles. 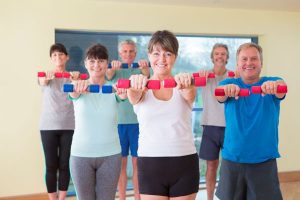 While reducing body fat, Betaine was not found to reduce muscle but rather to increase muscle mass simultaneously, which is most likely why the subjects did not lose weight, only fat. The weight of the increased muscle compensates for the loss of the fat. It is thought that “betaine may also increase muscle mass by reducing homocysteine thiolactone, a toxic metabolite of excess homocysteine.” The study was done with betaine supplementation and exercise.


Betaine is also good support for fat accumulation in the liver. This often accompanies gallbladder problems but is even more prevalent in someone who has had their gallbladder removed. Betaine has shown the ability to break down and remove these fats.

Betaine reduces oxidative stress and increases glutathione. This serves to enhance liver detoxification as does the methylation activity of Betaine. Without optimal detoxification, many of the normal bodily processes can be impaired.

Betaine is a methyl donor, which basically means it assists in the process of methylation, a detoxification pathway in the body. However, one study claims that Betaine goes beyond this function with its ability to help in the methylation defect, as it states Betaine was found to actually ‘alleviate defects in the methylation pathway caused by deficiencies or impaired function of the folate cycle and vitamin B12.”

Betaine supplementation reduced both triglycerides and markers of inflammation (cytokines). It is postulated that “these effects could result from down-regulation of cytokine production and/or increased clearance of cytokines.” Inflammation results from fat accumulation, and excess fat cells also contribute to inflammation. Reducing inflammation is essential to any long-term weight-loss goal. 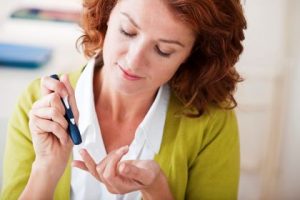 “Current studies reported that the intake of betaine decreases body fat and is beneficial for the treatment of fatty liver disease and metabolic syndrome.” 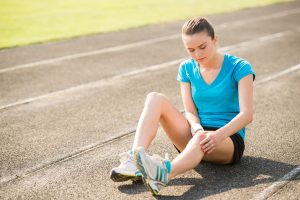 Effect of dietary Betaine on nutrient utilization and partitioning in the young growing feed-restricted pig, I Fernández-Fígares, D Wray-Cahen… – Journal of animal, 2002 – academic.oup.com

I just wanted to let you know that yours is one of the few emails I get that I read immediately and always know that I will benefit from what you have written! I cannot tell you how grateful I am … END_OF_DOCUMENT_TOKEN_TO_BE_REPLACED

You requested that I check in after being on the 30-Day Gallbladder Solution for approximately two weeks. I am happy to say that I have not experienced another attack since being on the diet and taking the supplements. You suggested that I … END_OF_DOCUMENT_TOKEN_TO_BE_REPLACED

Dear Heidi, Sharmila, and Deborah,  I cannot thank you enough. The food is wonderful, even the first week. The free recipes (especially for weeks 5-8) are amazing and absolutely gorgeous! My stomach is shrinking, and I can’t believe the small portions that satisfy me. I believe I can … END_OF_DOCUMENT_TOKEN_TO_BE_REPLACED

I just wanted to thank you. I was two days away from having my gallbladder removed, but I read your site, postponed the surgery, and switched to a 100% natural diet. Within three weeks I was symptom-free and have been … END_OF_DOCUMENT_TOKEN_TO_BE_REPLACED

I am doing quite well! The gas pain is almost nonexistent, my bladder has returned to its normal position and the sharp pain from the gallbladder is not as frequent or as sharp. And, the nagging dull pain to the … END_OF_DOCUMENT_TOKEN_TO_BE_REPLACED

Thank you so much! You have helped me more than I can express. I would have been lost without your kindly shared knowledge. My experience of extreme gallbladder attacks literally knocked me down. I could only lay on my back completely still … END_OF_DOCUMENT_TOKEN_TO_BE_REPLACED

After my recent ordeal at the hospital when I thought the pain might be my gallbladder again, the doctor said after all the tests that I have the cleanest gallbladder in Lake County. I told him about working with your program and … END_OF_DOCUMENT_TOKEN_TO_BE_REPLACED

When I was waiting for my gallbladder operation as I had a severe infection and a gallstone/sludge – my lifesaver was your site and your gallbladder diet! Thanks for that! I made it to my operation without one flare-up in … END_OF_DOCUMENT_TOKEN_TO_BE_REPLACED

I received the Gall Bladder Attack Kit over a week ago and started taking the products that night. It is definitely working; I have not had a single attack since! (I was experiencing pain almost daily before, often escalating to a 12 … END_OF_DOCUMENT_TOKEN_TO_BE_REPLACED

Day ten on the gall bladder 30 day kit and the pain is gone. Following the diet regime and taking the supplements and the improvement is amazing. I appreciate all the advice on you website and in the emails and am changing … END_OF_DOCUMENT_TOKEN_TO_BE_REPLACED

So glad I found this website! I was having so many digestive issues, after a year of searching and trying, I was finally diagnosed with food allergies and leaky gut. I didn’t know where to turn. A friend recommended gallbladderattack.com … END_OF_DOCUMENT_TOKEN_TO_BE_REPLACED

I wish that I found your site five years ago! Before I had a gallbladder attack and had it removed. Your site is very informative. My doctors never told me anything after the operation as to diet or supplementing with … END_OF_DOCUMENT_TOKEN_TO_BE_REPLACED

I’m so glad I found your website! I’ve been taking the 3 combination pills for sluggish gallbladder and my pain has all but ended. I’ve convinced my Dr. that I’m certain through diet and these pills I can forget about having my … END_OF_DOCUMENT_TOKEN_TO_BE_REPLACED