With the slightest trigger from allergens, bacteria, viruses, toxins, or trauma, inflammation can happen. And if you think it’s no big deal, think again.

Inflammation per se is not evil. In fact, it is a natural immune response meant to protect our bodies from foreign substances, injury, or infection. Yes, pain, swelling, and even immobility or fever can go with it but actually, it’s part of our body’s two-part defense – fight then heal. Sometimes, the complete process can be completed as quickly as in a few hours while more severe damage may last up to a week or two. The more dangerous kind of inflammation is long-term – it goes away only to recur a few more times, or subsides and then flares up again. Chronic inflammation can last for months or even years.

But how does that happen?

When cells are damaged, they release chemicals like histamine and prostaglandins that may cause pain and swelling. When that occurs, a series of vascular, cellular, and chemical responses take place. Part of that is the accumulation and proliferation of phagocyte cells that “clean up the site” by ingesting bacteria or foreign particles. The main phagocytes involved in the inflammation response are called the neutrophils which contain cell-destroying enzymes and proteins. After the neutrophils, another type of white blood cell called the monocytes starts working. These mature into cell-eating macrophages. These natural defenders are often present in large amounts only after the injury or up to a few weeks after the cellular damage.

The problem occurs when there is interference with the healing process. Repeated and prolonged episodes of short-term inflammation and non-elimination of the inflammatory cause may result in the inflammation becoming chronic. At this stage, the infiltration of cell tissues by macrophages, lymphocytes, and plasma cells does more harm than good. Rather than promote healing, they contribute to progressive cell damage and eventual impairment of function.

There are also other factors that induce a chronic inflammatory response and chronic diseases. These include bacterial, viral, and parasitic infections, chemical irritants, and non-digestible particles like asbestos and silica.

Well, besides a list of diseases that are caused by being in constant inflammation, it makes you feel terrible! It saps your energy, puts you on the couch, and makes you wonder what happened to your life! Inflammation makes it hard to exercise – both energy-wise and pain-wise. Once in the cycle, if you overdo it even slightly, you can increase the inflammation. Inflammation leads to weight gain, and fat cells put out their own inflammatory cells! Another catch-22!

There is a growing list of chronic diseases that are known to be caused by chronic inflammation. This includes cancer, IBD, PCOS, diabetes, obesity, and cardiovascular, pulmonary, and neurodegenerative diseases – like Parkinson’s, Alzheimer’s, and dementia. Inflammation gets to the brain! Protect your brain cells!

Even the known common causes of these diseases are closely linked to chronic inflammation such as stress, unhealthy diet, smoking, environmental pollution, and lack of exercise. Chronic diseases do not happen overnight. Rather they are characterized by their slow progression and long duration. Despite this progression, these diseases account for 70% of all deaths in the United States yearly according to the US CDC. 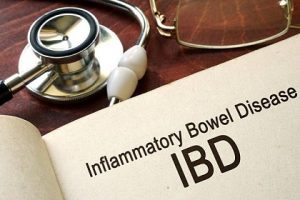 Diseases like Chron’s Disease and ulcerative colitis are brought about by the inflammation along the digestive tract which often spreads to various tissues. Not only is it painful and disruptive, it can also be life-threatening in some cases. And inflammation in the gut goes to the brain. 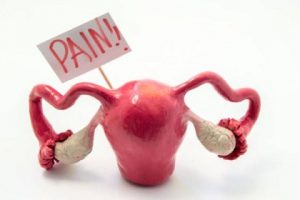 PCOS, for the most part, is still a disease with an undefined root cause. However, there is a growing number of studies linking it to low-grade systemic inflammation. (Systemic means it goes throughout the whole body). Evidence includes the elevation of inflammatory markers like C-reactive protein, interleukin-18, MCP-1, and white blood count in patients with this disorder. Inflammation is also associated with prominent aspects of PCOS including insulin resistance and cardiovascular disease. 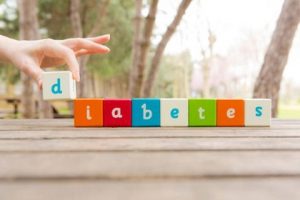 Inflammation is one of the causes of insulin resistance. This means that the immune system of a diabetic is fighting against its own body, attacking the insulin-producing beta cells in the pancreas. Inflammation is one of the main causes of diabetic complications like pancreatitis. It can also lead to numerous gastrointestinal conditions and biliary complications affecting the liver and the gallbladder. In our previous blog post, we have presented a more lengthy dissection of diabetes and its connection to gallbladder disease. 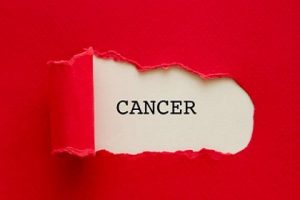 A researcher from the Garvan Institute of Medical Research in Australia explained that “…inflammatory mediators such as cytokines and chemokines, when persistent in the inflamed tissue, can induce proliferation, survival, and growth of cells and modify their differentiation status, ‘forcing’ them to undergo transformation.” and that “…chronic inflammation causes cancer through tissue destruction and scarring, and reshaping of the tissue architecture, as well as contributing to changes in gene expression that sustain tumorigenesis.”. A specialist in inflammatory processes from the University of Washington also said that numerous studies clearly implicate chronic inflammation in the initiation, promotion, malignant conversion, invasion, and final metastasis to different types of cancer. 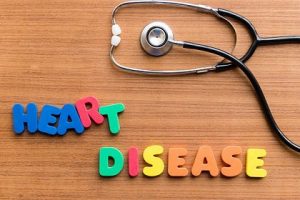 A number of psychosocial factors are implicated in the origin and development of some cardiovascular diseases like atherosclerosis. In fact, inflammatory events primarily caused by stress may account for as much as 40% of patients with no other known risk factors. Stress induces the release of high levels of stress hormones which prompt unnecessarily elevated cardiovascular activity. Other factors like macrophage activation, the production of cytokines, other inflammatory mediators, acute phase proteins (APPs), and mast cell activation, also promote the inflammatory process. 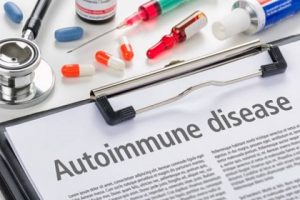 Inflammation is common within the Biliary Tree

Inflammation within the gallbladder or bile ducts is not typically talked about unless you have significant amounts, and therefore a diagnosis of cholecystitis or cholangitis. But inflammation can be present, slowly, chronically causing tissue damage in the background. This is especially true if you already have gallbladder disease or have had your gallbladder removed. The condition of an overabundance of toxic, hydrophobic bile salts can cause inflammation. In this scenario, it’s not only about reducing inflammation but changing the balance in the bile as well.

So what do we do about it? Nip it in the bud!

Inflammation is not something that should be dismissed and ignored. If chronic inflammation underlies so many diseases, it is just logical to consider it a serious condition that needs to be prevented. And for treatment, some cases can benefit from existing anti-inflammatory pharmaceutical drugs. However, numerous studies have shown that pharmacology is not always the best route. It is always best to consult a physician to make an informed choice. On the other hand, you have nothing to lose by going for natural solutions, committing to a healthy lifestyle, being selective and cautious about diet, and controlling environmental conditions that may trigger inflammation.

It just makes sense that an anti-inflammatory diet and supplementation will better help you address chronic inflammation. Some of the things we have highlighted in our blogs include natural anti-inflammatories like turmeric and beets. For a list of what to eat and what not to eat, you can refer to our diet page. Gallbladder diseases are closely linked to inflammation too! So whatever is good for the gallbladder can help you manage and avoid systemic inflammation as well.

Aside from natural supplements we have highlighted in our past posts, such as Glutathione,  Bile Salts Booster with Taurine will definitely help you address inflammation. The addition of taurine effectively reduces the toxicity of the bile which may further feed existing inflammation. In our blog entry about bile salts, you will know more about how this supplement can help you fight inflammation and improve your overall digestive health.

Your Bile Salts tabs work wonders. I had my gallbladder removed in 2008 and have tried many things to relieve myself if bloating with nearly everything I ate… Nearly every brand of enzymes, some with extra fat digesting help, even … END_OF_DOCUMENT_TOKEN_TO_BE_REPLACED

I wish that I found your site five years ago! Before I had a gallbladder attack and had it removed. Your site is very informative. My doctors never told me anything after the operation as to diet or supplementing with … END_OF_DOCUMENT_TOKEN_TO_BE_REPLACED

After my recent ordeal at the hospital when I thought the pain might be my gallbladder again, the doctor said after all the tests that I have the cleanest gallbladder in Lake County. I told him about working with your program and … END_OF_DOCUMENT_TOKEN_TO_BE_REPLACED