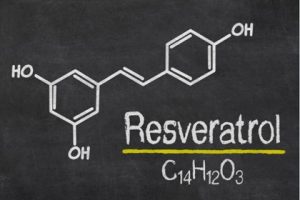 Resveratrol is a natural compound associated with a lot of health benefits. It is a type of polyphenol, a stilbene, best known as a component in red wine and grapes. Its discovery and association with red wine gave rise to the term “French paradox in a bottle,” an explanation for why there is a low incidence of heart disease and obesity among the French people when they have a relatively high-fat diet.

Over the past few decades, studies on resveratrol have shown the compound’s anti-inflammatory, antioxidant, anti-diabetic, anti-proliferative, and anti-cancer properties. Resveratrol is also known for its protective effect on the liver, the heart, and the brain. Even stress levels and lifespans are positively influenced by resveratrol intake.

Resveratrol is a phytoalexin, an antioxidative substance synthesized from grape skin, polygonum cuspidatum (and other sources) to defend against toxins, injury, and infection.

Resveratrol exists in three forms – the cis-, trans-, and dihydro- molecules. Among these forms, trans-resveratrol has been given the most attention since it is said to have the greatest potency and highest absorbability.

This compound was discovered as early as the 1930s by the Japanese. However, it wasn’t until the recent decades that it had captured scientific attention when it was determined that grapes contained this substance. This interest was further fueled when American scholars found red wine to be rich in resveratrol. Later, experts found out that resveratrol is present in grapes and 72 other different types of plants. 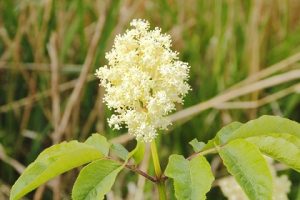 Studies show that there is not enough resveratrol in food sources to produce the same effect as the compound in scientific experiments. However, even a small amount of resveratrol in the diet can benefit the body.

My favorite source of resveratrol is polygonum cuspidatum which has benefits in and of itself. It contains anti-inflammatory compounds that inhibit cox-2. Cox- 2 is an enzyme the immune system produces that promotes, swelling, and inflammation. Something that inhibits that is especially helpful when the inflammation becomes chronic. Polygonum cuspidatum also has neuroprotective, cardio-protective, antimicrobial, and antiviral properties. Along with its liver-protective properties, Chinese medicine traditionally used it for gallstones.

Below are some resveratrol sources:

In animal models, the compound is also known to help in conditions wherein the bile flow is obstructed. This was illustrated in a 2016 study by Canadian Journal of Physiological Pharmacology, where intrahepatic cholestasis of pregnancy (ICP) was investigated. Resveratrol treatment not only alleviated symptoms it also restored bile flow rate.

Another recent study by the Journal of Food Science also showed that the presence of resveratrol and resveratrol glucuronides (a major metabolite of resveratrol in the liver) increases the synthesis and release bile acids.

2. Resveratrol is good for the liver.

Resveratrol is such a good liver protectant because it works in many different ways:

Inflammation is necessary for the body, but chronic inflammation is our body’s enemy. It is linked to a lot of chronic illnesses. Another way resveratrol improves general health is through its effects on genes of inflammatory pathways, levels of inflammatory markers and leukocyte numbers, and its inhibition of a few enzymes and pathways.

Resveratrol inhibits cyclooxygenases (cox-1 and cox-2) and lipoxygenases, enzymes that play crucial roles in the inflammatory process. It also down-regulates the pro-inflammatory adipokine, resistin, and inhibits the NF-kB pathway. Lastly, it controls the release of some proinflammatory molecules and limits the body’s ability to produce them.

Due to resveratrol’s impact on inflammation and its effect on metabolism, it is believed to be helpful for those suffering from autoimmune diseases.

4. Resveratrol is an antioxidant. 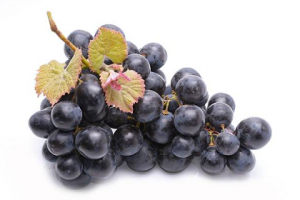 Just like its liver-protecting attributes, resveratrol works as a potent antioxidant through various mechanisms:

o via the improvement of insulin sensitivity

As mentioned in the previous point, resveratrol can be useful in preventing and treating diabetes. Some studies have shown how it increases insulin sensitivity among obese individuals. 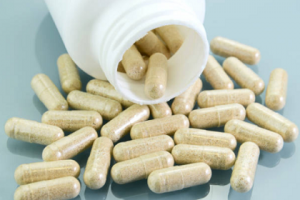 Like other supplements, resveratrol is not regulated by the FDA, making it difficult to know the exact dosage recommendation. Different experiments use different quantities, with some administering as much as 5 grams per day to their subjects.

Most supplements are served with 5-500 mg of resveratrol per capsule so consumers often have that range as a choice. However, many researchers believe that to compute for the best dosage for a specific individual, 5 mg of resveratrol should be allotted per kg of body weight. Low dosage, such as 150 mg per day is also said to be enough to lower sleeping and resting metabolic rate and contribute to the improvement of heart and liver health. Other experts say that 500 – 1500 mg daily is well-tolerated and safe.

To be safe, it is best to start with a low dosage and increase intake gradually. Oral resveratrol has high absorption but low bioavailability in humans. Also, the dosages in supplements are usually much lower than the amounts proven to be beneficial in research. Therefore, gradually increasing the intake may be necessary. Note that resveratrol can have harmful effects at very high dosages such as five gms, so if there is a specific reason to go that high, do so under the supervision of a physician.

Resveratrol Side Effects and Contraindications

As far we know, based on our research, there have been no significant side effects reported by people who are taking 500mg of resveratrol daily. Even the maximum dosage of 5 grams has only elicited minor symptoms like nausea and intestinal upset. However, there is quite a lengthy list of contraindications that you should watch out for:

Consult your doctor and proceed with caution if you are taking:

Since resveratrol from food sources are not enough to reach the amount indicated in successful human or animal studies, supplementation will be advantageous.

If you’re not yet quite sure which among the available resveratrol products to take, try Nutricost Resveratrol 500mg; 120 Capsules – 50% Trans-Resveratrol

I have just finished the 30 Day Menu Plan and I am out of pain for the first time in years. I am really looking forward to starting the 2nd phase 30 Day Plan and see where that takes me! … END_OF_DOCUMENT_TOKEN_TO_BE_REPLACED

I received the Gall Bladder Attack Kit over a week ago and started taking the products that night. It is definitely working; I have not had a single attack since! (I was experiencing pain almost daily before, often escalating to a 12 … END_OF_DOCUMENT_TOKEN_TO_BE_REPLACED

So glad I found this website! I was having so many digestive issues, after a year of searching and trying, I was finally diagnosed with food allergies and leaky gut. I didn’t know where to turn. A friend recommended gallbladderattack.com … END_OF_DOCUMENT_TOKEN_TO_BE_REPLACED